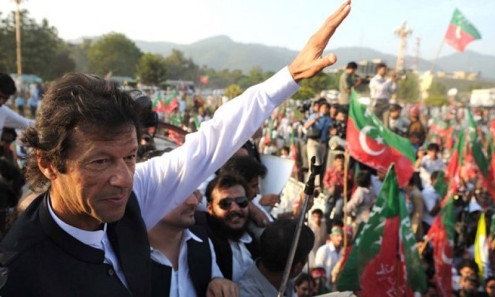 PESHAWAR, August 27: The last phase of negotiations between the government and Pakistan Tehrik-e-Insaf has also failed while the deadline given by Pakistan Awami Tehrik chief Tahirul Qadri to the government has also ended.

According to Mr Asad Umar of the PTI, the negotiations failed because the government did not agree to certain demands but that the talks might resume.

PTI chief Mr Imran Khan has already declared that it would be the last day for negotiations and after this he would announce a strategy for his long march.

On the other hand, the deadline given by Tahirul Qadri has ended and he has decided to convert his long march into Inqilab March.

The government has also sent a committee for talks with Qadri.

While Imran Khan and Qadri have been demanding the Prime Minister, Mr Nawaz Sharif, to resign, the premier says his government will complete its five years term under his supervision at all costs.