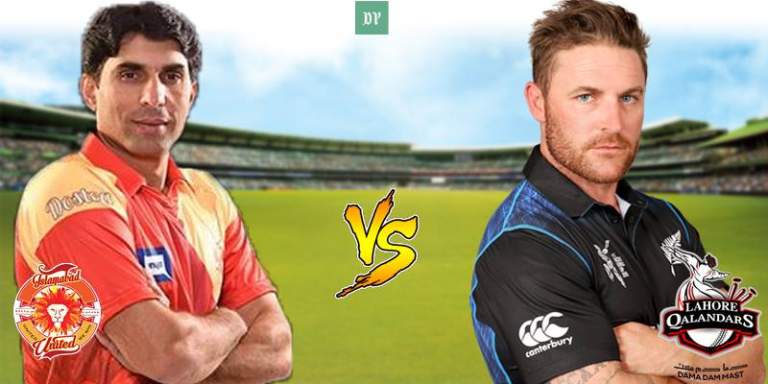 PESHAWAR, 20 February: Islamabad United will face Lahore Qalandars in the 14th match of the ongoing Pakistan Super League (PSL) in Sharjah on Monday.

Islamabad United is at number-two position on the points table with six points after Quetta Gladiators, which is leading the chart with seven points.

Lahore Qalandars is currently at number-five position as it has so far won only two matches out of the five encounters it played.