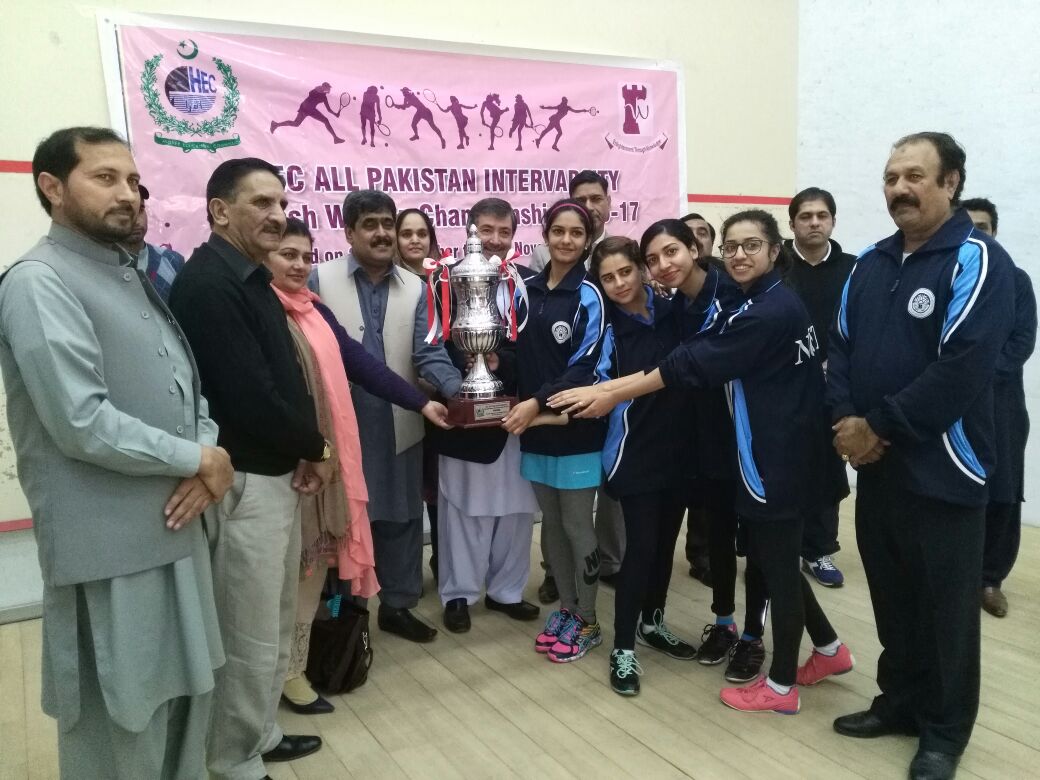 The Islamabad University team beat Iqra University Sindh by 2-0 in the final of the championship.

Fifty two women players from as many as eight universities participated in the championship which continued for three days.

The event was organized by the High Education Commission (HEC).