SWAT, 3 January: Salampur area of Swat, which is now commonly known as Islampur, is famous in the world for its warm woollen shawls, chaddars and waistcoats.

The area has a population of 17,000 out of which 70 percent are associated with the business of shawl making. Woman experts also play their part among 40,000 workers who make beautiful shawls and chaddars which are famous world over.

Bakht Sardara, a 70-year-old woman expert in making shawls, says she is doing this business since her childhood. “This business cannot be carried out without the help of women. People from all parts of the country and abroad come here to buy our shawls,” she told TNN. 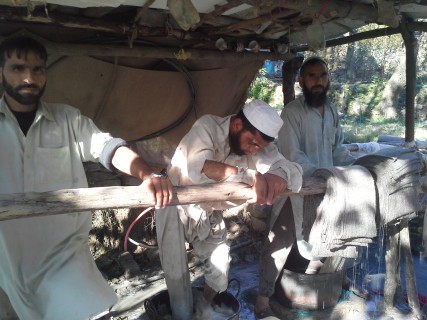 Syed Umar, a resident of Islampur, told TNN that he runs the business of making blankets. “Most of the work contribution in blanket making is made by the women workers. We search wool in the market and bring it at the workplace where the women workers separate best quality wool from the rest. They work very hard to prepare the wool to be put into the machines and dyeing,” Umar said. He said even after machine work the women workers give finishing touches to the blankets. He said the male workers make shawls from the prepared wool. 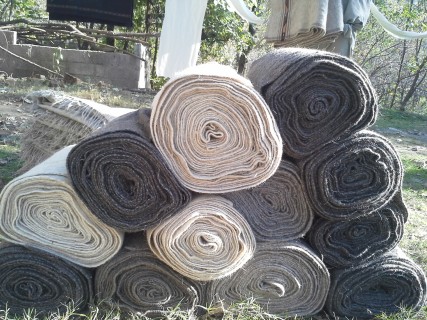 Despite making hard efforts for earning their livelihood, the women workers lack proper healthcare and other facilities. A woman worker, Afsana Bibi, told TNN that they work day in and day out to make ends meet. “We carry out our domestic work alongside our professional work. We also look after our children and other members of family. It is a very challenging task but we are up to it,” she said.