Home KP ‘It is impossible to complete 700 projects at the cost of Rs...
Facebook
Twitter
WhatsApp
Linkedin
Email 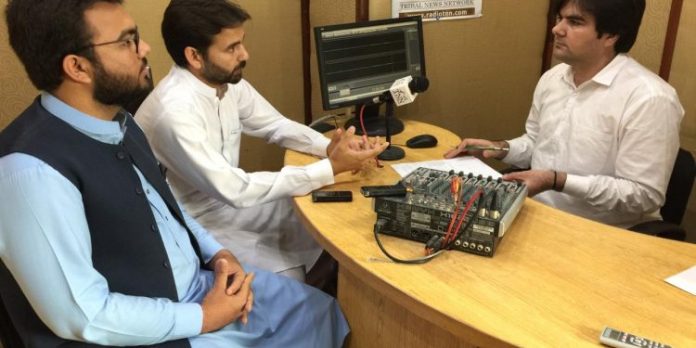 PESHAWAR: “Our schools have been destroyed, our children are passing lives in tents and the tribal districts are deprived of all basic facilities of life, therefore, the government must utilize the funds in a transparent manner,” says Chairman of Awami Inqilabi league, Atta Ullah Khan while talking during TNN penal discussion on Saturday.

Awami League is a new political party in the tribal districts. Atta said that besides the lack of education facilities, there is no drinking water available in almost every tribal district of the province.

Hanif Wazir, a member of tribal Youth movement was also present in the panel discussion, said that the government has also allocated Rs 4.50 billion for providing health, education facilities and water supply schemes in tribal districts of the province. Wazir said that there is an urgent need of providing these facilities to Tribal areas of the province. He said that besides this, the schools have also been completed destroyed during the decades-long militancy in the region.

It is encouraging that the government is making schools in Waziristan but they will only be able to attend schools only if they are present in their own areas. Hanif said that the tribal people are still living in refugee camps in settled areas as there are no basic facilities of life available in tribal districts.

Malik Atta said that though fewer funds have been allocated for the Khyber Tribal districts but there is a need for fair and transparent use of these funds. He said that they will not complain that more funds were allocated for the Orakzai, Bajaur or Waziristan as they are also affected and need more attention.

Hanif Wazir said that he has recently visited Landi Kotal where women are still forced to bring water from wells hundreds of kilometres away from their homes. He said that there is also the water issue in Waziristan districts. Wazir urged that need for a water resource authority at the district level to utilize the water resources in a proper manner.

While Malik Atta said that it is not the job of the district administration to spend money on projects, therefore, an independent authority should be formed that will identify and allocate funds for uplift projects in tribal districts. He said that a committee should be established at every tehsil level and its members would identify the much-needed projects to the administration.

Talking about the school teachers, Malik Atta said that there is no need to hire teachers from other districts. He added the local should be employed in their schools, as they will be able to attend the school duty on time.