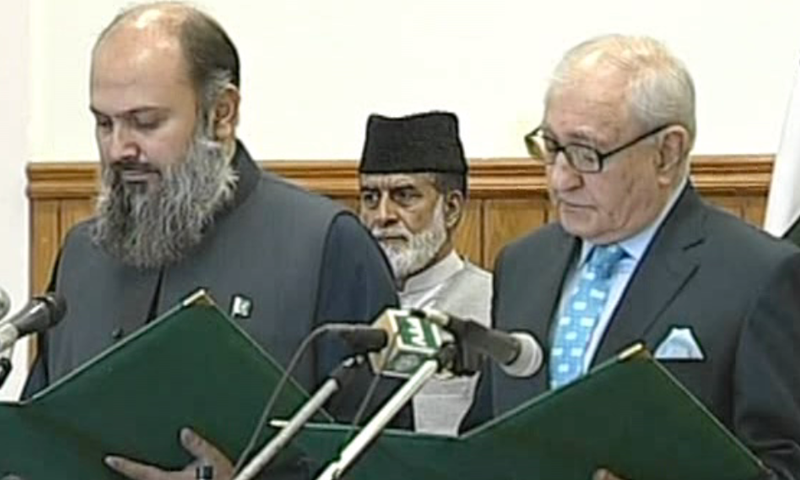 QUETTA: Jam Kamal Khan on Sunday took oath as the 16th chief minister of Balochistan at a ceremony held at the Governor House in Quetta.

An educated Balochistan is the vision of the newly-elected chief minister, who had served as minister for state as well as district nazim of Lasbela.

He was elected member National Assembly (MNA) in the 2013 general elections from NA-270  and served as minister for state till 2018.

In 2018, Jam Kamal helped form the Balochistan Awami Party (BAP) and was elected its first president.

His maternal grandfather is Khan Mir Ahmad Yar Khan, the last Khan of Kalat, when it was still a semi-autonomous state in British India.

His paternal grandfather is Jam Ghulam Qadir, the last Jam of Lasbela — the title given to rulers when Lasbela was a princely state.