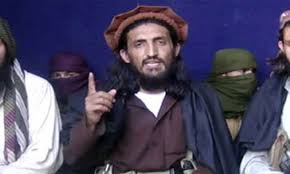 Jamaatul Ahrar spokesman Asad Mansoor said Umar Khalid Khurasani was killed in a US drone attack in Afghanistan. The spokesman also confirmed the death of nine more militants in the drone attack.

Reports about death of Umar Khalid Khurasani surfaced when the US drones conducted three strikes in Afghanistan near the border with Pakistan few days ago.