In the final match of the tournament played at Government High School ground on Monday, Jan Nangarhar defeated Ahmed Club 2-0. Fifty-four teams participated in the tournament. 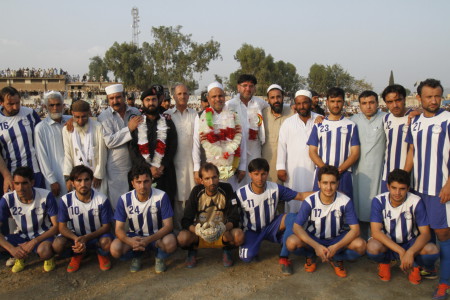 Speaking on the occasion, the lawmaker announced construction of a stadium in the area. He said the stadium project has been included in the next annual development programme which will cost Rs23 million.