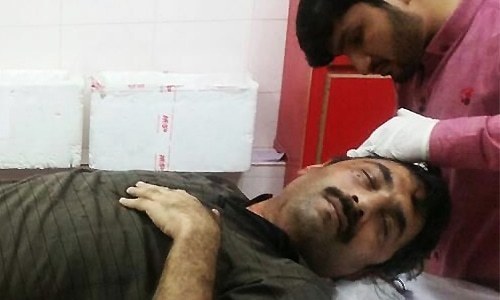 According to media reports, Noorani received head injuries in the attack. Media reports added that he was chased by three unidentified men on motorbikes and was intercepted near Zero Point while he was on way to Islamabad from Rawalpindi.

He was dragged out from his car and beaten along with his driver. He was immediately rushed to the Poly Clinic hospital in the federal capital.

Police officials while confirming the incident said the victims received head injuries, however, their condition is out of danger. They added that the matter was being probed.

Meanwhile, journalists’ bodies all over the country have strongly condemned the attack on the senior journalist and demanded of the government to provide protection to media persons.

Minister of State for Information and Broadcasting Maryam Aurangzeb termed the attack on the journalist as unacceptable and deplorable. She said that the present government believed in freedom of press and freedom of express.