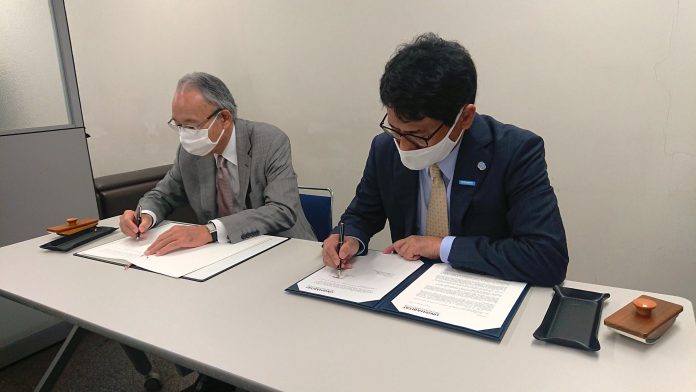 PESHAWAR: The Government of Japan has agreed to provide grant assistance of 471 million Japanese Yen to UN-Habitat for the project of “The Improvement of Disaster Resilient Schools Infrastructure” in Khyber Pakhtunkhwa, aiming to provide a safe and stable educational environment to the students as well as the teachers.

Notes to this effect were signed and exchanged between Matsuda Kuninori, Ambassador of Japan to Pakistan, and Koresawa Atsushi, Regional Representative, Regional Office for Asia and the Pacific of UN-Habitat in Fukuoka, Japan, says a press release. A Grant Agreement (G/A) on the details of implementation of the project was signed and exchanged between Sakamoto Takema, Director General, South Asia Department of Japan International Cooperation Agency (JICA) and Koresawa Atsushi.

The grant amount of 471 million Japanese Yen will be utilized by UN-Habitat for the improvement of Disaster Resilient Schools Infrastructure in KP. The project will support reconstruction and retrofitting and repairing of 150 schools and construction of 12 new schools.

Expressing his views at the signing of the project, Ambassador Matsuda said, “This project will not only provide disaster-resistant infrastructure of schools in KP province but will also prove a disaster prevention hub for the region. The ambassador, while emphasizing the need of disaster-preparedness, stated that it is extremely important to prepare and well-equip to effectively handle the disaster emergencies.  The ambassador also reaffirmed that Japan will continue to support Pakistan for further strengthening its institutions for disaster management and also improving the facilities in education sector.

Earlier in March, as a part of efforts to promote human security, the Government of Japan decided to provide financial assistance of US$ 236,230 for four social development projects in education and rural electrification in the KP and Punjab.

There are variety of areas that Japanese Government has been extending assistance with Pakistan.