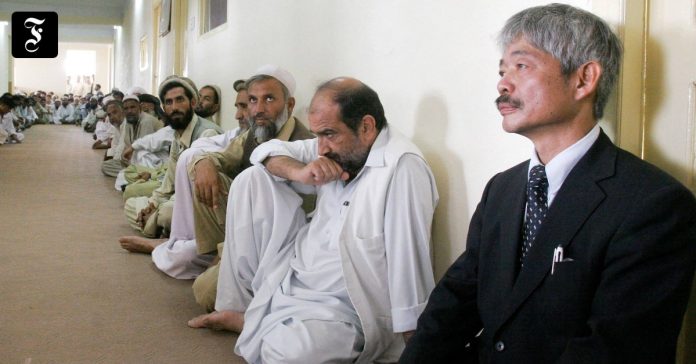 PESHAWAR: The head of a Japanese Non-Government Organisation (NGO), who has worked for healthcare in Afghanistan has been attacked and killed in Nangarhar on Wednesday.

The Afghan official said that Dr Tetsu Nakamura along with his driver and 4 bodyguards were killed gunned down by unknown armed men in Nangarhar. According to International News Agency, a car belonging to a Japanese-based NGO in Nangarhar, Afghanistan’s eastern province, come under attack from unknown militants resulting in the death of Dr Nakamura, head of the vehicle’s NGO ‘Peace Medical Service’.

He was injured while their driver and four bodyguards died on the spot. Dr Tetsu Nakamura was immediately shifted to a nearby hospital and then was being taken from Jalalabad to Bagram Airbase when his condition worsened. But even after receiving the medical help he succumbed to his injuries at Jalalabad Airport.

The Afghan government authorities have lamented the death of Dr Tetsu Nakamura and paid tribute to his services in the field of clean water supply and agriculture to the War affected people of Afghanistan.

Sohrab Qadri, a member of the Provincial Council of Nangarhar, said the attackers fled the scene of the raid. Qadri added that so far no militant group has claimed responsibility for the brutal attack. Taliban spokesman Zabihullah Mujahid, in a statement, has denied the involvement of TTP   in the attack.

The Japanese activist has been working in the Nangarhar province to help the people of Afghanistan in the provision water and agriculture department for the last 13 years. ‘Peace Medical Service’ organization has built water dams in Shiwa, Behsud and Kami districts, said Attaullah Khogani, spokesman for the provincial governor of Nangarhar. Due to efforts, thousands of acres of land have been settled in the area.

The Afghan government has also given honorary Afghan citizenship to the head of the institute for their activities.