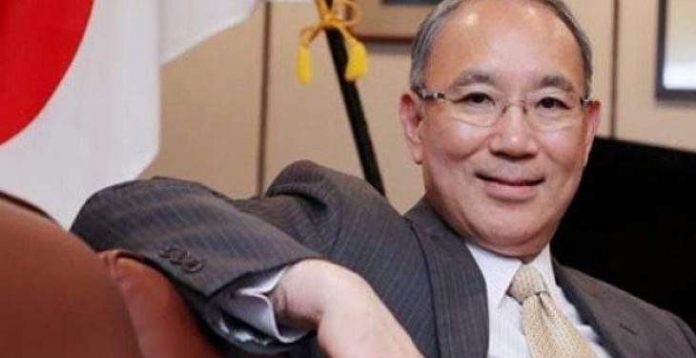 PESHAWAR: Ambassador of Japan to Pakistan Kuninori Matsuda on Wednesday expressed his heartfelt felicitations to Pakistan’s shooter Mohammad Khalil Akhtar for qualifying for the next year’s Tokyo Olympics.

“I am very delighted to learn that Mr Khalil is the first Pakistani who has qualified for the 2020 Tokyo Olympics and I deeply congratulate him for this valuable success. My sincere congratulations and appreciations to the National Rifle Association of Pakistan (NRAP) also on achieving this great success and good luck for the mega event”, said Ambassador Matsuda in his congratulatory message.

Ambassador Matsuda further said that Japan looks forward to maximum participation from Pakistan in the upcoming Tokyo Olympics. The Ambassador also expressed his good wishes for the Pakistani Men hockey team and other individuals as well as teams competing in the qualifying rounds for 2020 Tokyo Olympics.

It is pertinent to mention here that, according to the announcement of NRAP on Tuesday, the 35 year old Mohammad Khalil Akhtar from Pakistan Army has not only become the country’s first shooter but also the first Pakistani to qualify for the 2020 Tokyo Olympics while putting up a splendid show in the World Shooting Cup held in Brazil which served as the qualifier for the 2020 Tokyo Olympics.

Pakistani shooter Muhammad Khalil Akhtar will make a bid to win a gold medal for the country as he will be participating in the 2020 Tokyo Olympics. The Rajanpur born athlete gained entry on a quota basis and will be representing Pakistan in the rapid-fire pistol event.

Akhtar had bagged a silver medal in the Men’s 25-metre Rapid Fire Pistol Team event in the 2016 South Asian Games in Guwahati and Shillong, India. In 2018 he competed in the Commonwealth Games in the Gold Coast and finished sixth.