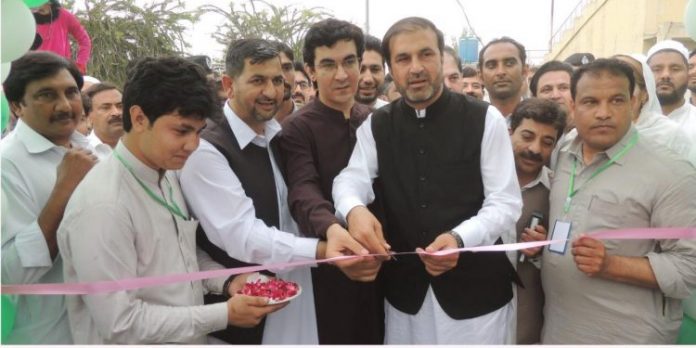 MARDAN: The three-day Jashn-e-Mardan festival kicked off in Mardan on Friday which will continue till tomorrow (Sunday).

A ceremony in this regard was organised at Mardan Sports Complex where District Nazim Ihtesham Khan, Naib Nazim Asad Kashmiri and Deputy Commissioner Abid Wazir inaugurated the festival.

The deputy commissioner said on the occasion that the district administration and government are making efforts for providing more sports and recreational facilities to the people to ensure peaceful and healthy environment. He said stalls have also been installed for women to provide them facility come out of their homes to do shopping in a safe and secure environment.

Abid Wazir said Mardan has a historic significance and its people have played important roles in every walk of life. He said visitors from Punjab, Sindh and other areas will also participate in the festival. He said all the arrangements have been finalised for the festival to facilitate the visitors and make it enjoyable for them.

District Nazim Ihtesham Khan said on the occasion that the people of Mardan have showed to the world that they are peace-loving and talented. He said steps have been taken to promote local sports.