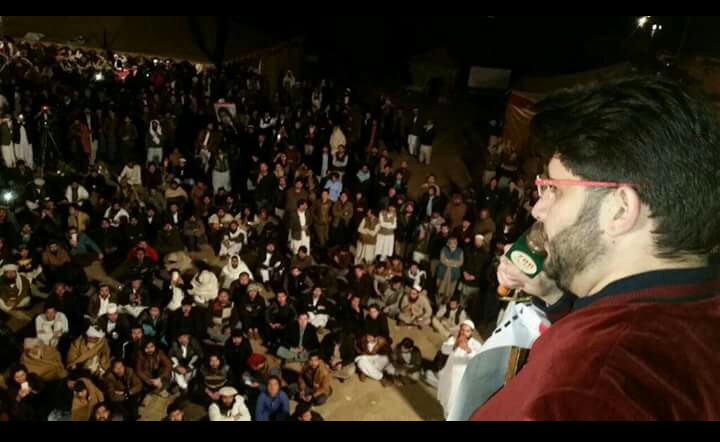 PESHAWAR: The owner of Peshawar Zalmi franchise of Pakistan Super League (PSL) Javed Afridi has announced Rs500,000 assistance for the family of Naqeebullah Mehsud who was killed in a fake police encounter in Karachi.

He made this announcement during his visit to the protest camp against the murder of Naqeebullah Mehsud by Pakhtun Tahaffuz Movement in front of the National Press Club in Islamabad on Friday evening. Javed Afridi expressed sympathy with the family of Naqeeb and demanded the government to provide justice to the family. He also announced Rs500,000 for expenses of the ongoing sit-in of Pakhtun Tahaffuz Movement in Islamabad.

The organisers of the sit-in said the purpose of the protest is to condemn the killing of Naqeeb in a fake encounter in Karachi and ensure that no incident of lifting and killing Pakhtuns for money happens in future. They demanded the government to award death sentence to former SSP Malir Rao Anwar, who is involved in the fake encounter of Naqeeb, and set free the innocent Pakhtuns who are missing since long.