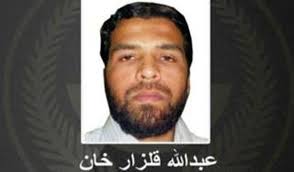 PESHAWAR, 05 July:  The interior ministry of Saudi Arabia has identified a suicide bomber, who detonated himself near US consulate in Jedda early Monday, as a Pakistani citizen.
The suicide bomber who was identified as Abdullah Gulzar Khan was killed and two security personnel sustained injuries in the blast.
The interior ministry tweeted  that 35 years old Abdullah was driver by profession who had been living with his wife and parents in the Kingdom for 12 years.
According to the statement of the ministry, early on Monday, security officers became suspicious of a man near the parking lot of Dr Suleiman Faqeeh Hospital in Jeddah, which is directly across from the US diplomatic mission. When they moved in to investigate “he blew himself up with a suicide belt inside the hospital parking.
The ministry said that the bomber’s explosive belt had “partially” exploded.  The attack coincided with the US July 4 Independence Day holiday.
Pakistan is yet to confirm the involvement of its citizen in the blast.
The bombing in Jeddah was the first of three attacks to have hit the kingdom on the same day.
There were no immediate claims of responsibility for the bombings one of which, at the Masjid-i-Nabawi (PBUH) in Madina, left four members of the security forces dead and others wounded
Army Chief Gen Raheel Sharif on Tuesday called Saudi Defence Minister Prince Muhammad bin Salman over phone and condemned terrorist attacks in Saudi Arabia.