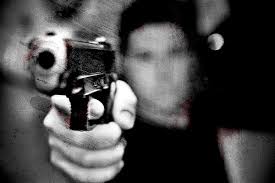 PESHAWAR, 16 May: Unidentified armed men looted a jewelry shop in the broad daylight in Sarafa Bazaar, triggering a protest demonstration by a the local jewelers today.

Talking to TNN, the owners of the shop Shams said that three armed men forced their way into his shop on gunpoint and took away with them gold worth 10 million rupees. Soon after the incident the irate traders blocked the road in protest and also entered a scuffle with local police in which three of them were wounded.