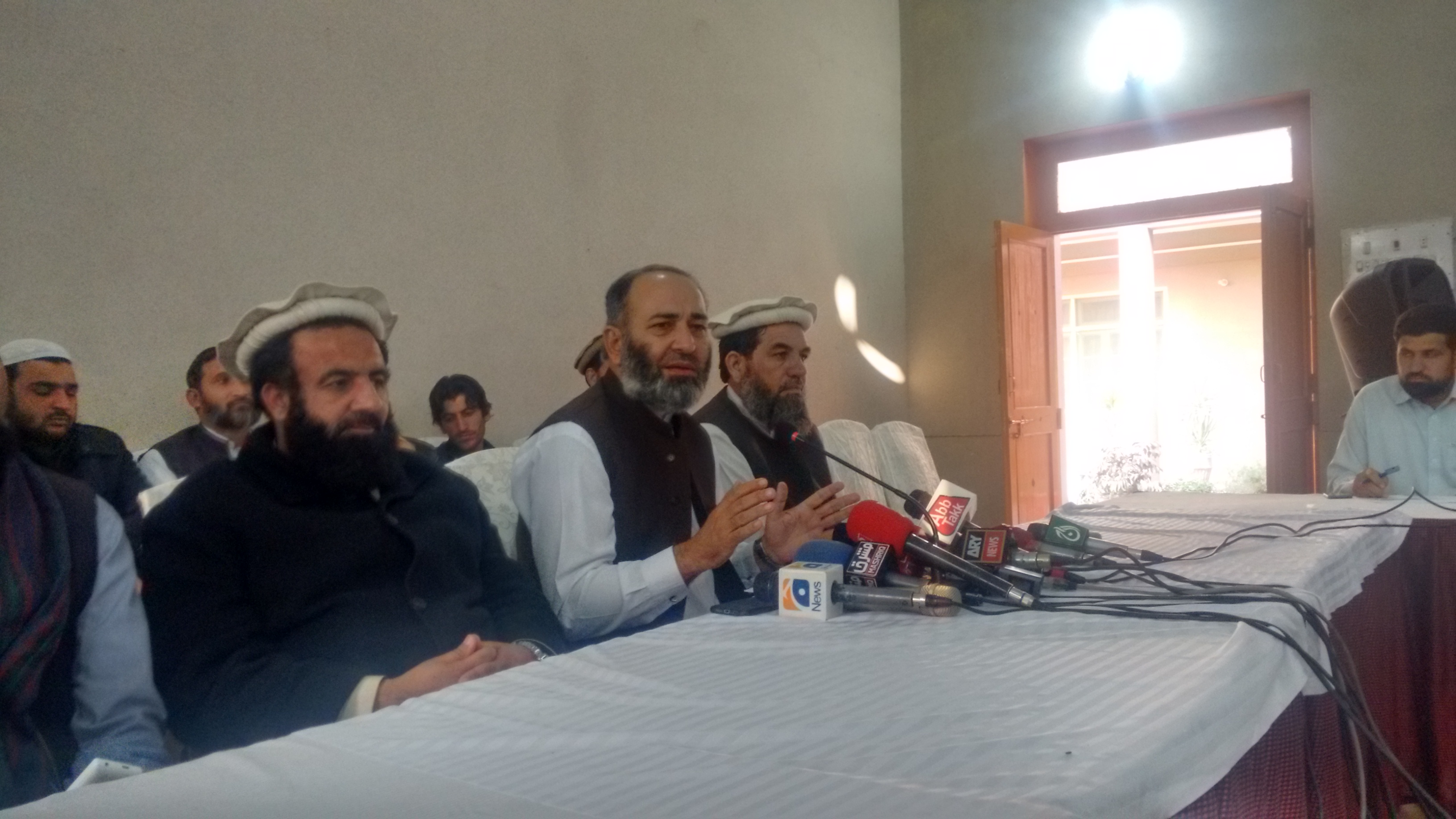 PESHAWAR, 17 November: To put pressure on the federal government to abolish Frontier Crimes Regulation (FCR) and merger Fata in Khyber Pakhtunkhwa, Jamaat-e-Islami, on Friday announced to hold long march and sit-in in Islamabad on December 10.

Addressing a joint news conference in Al-Markaz-e-Islami, the provincial headquarter of Jamaat-e-Islami, provincial ameer Mushtaq Ahmad Khan and Fata chapter ameer Sardar Khan said that the long march would start from the historic Bab-e-Khyber in Jamrud and end at the Parliament House in Islamabad. They said that apart from top leadership of the Jamaat-e-Islami, large number of tribesmen would also participate in the long march.

“We twice held protest sit-ins in front of the Governor House in Peshawar for Fata’s merger. The KP governor pledged on both the occasions that he would expedite the merger process but the federal government is not serious in implementing the recommendations of the reforms committee. The government is deliberately delaying the implementation process only to appease its allies,” Mushtaq Khan remarked.

The JI leaders said that they would also invite leaders and workers of other political parties to join the long march.