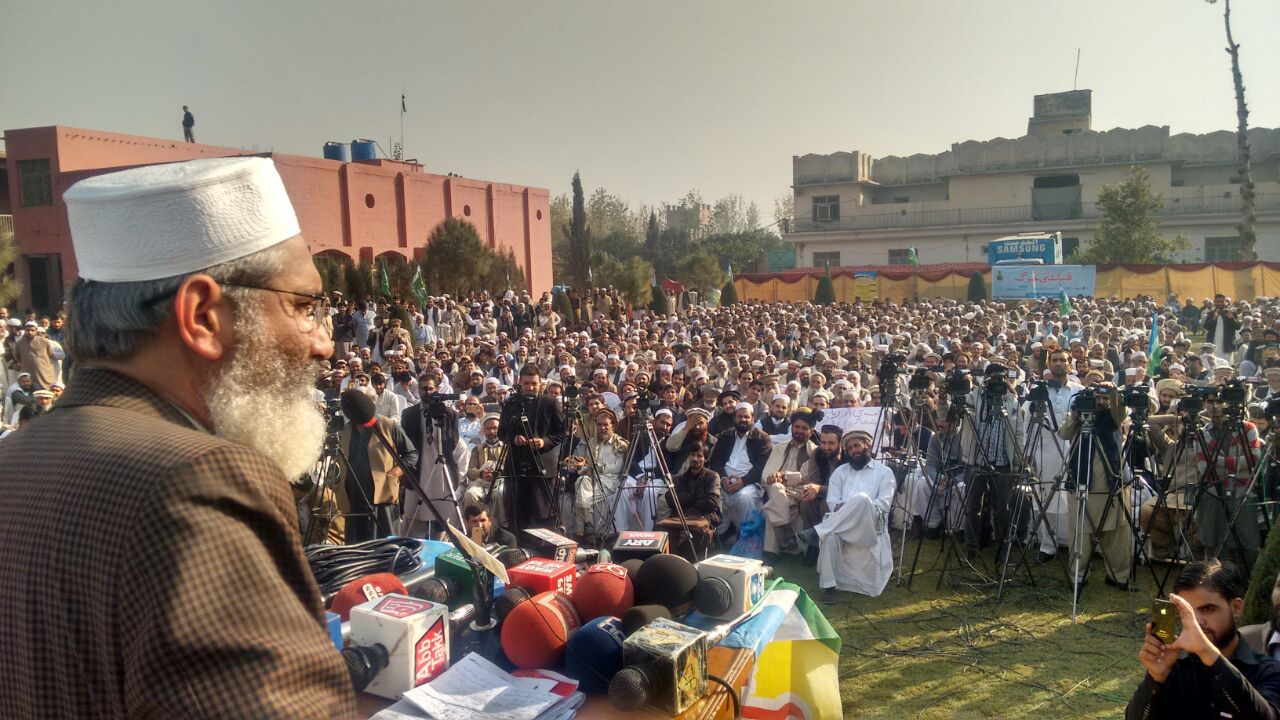 PESHAWAR, 04 December: Jamaat-e-Islami (JI) leadership has demanded of the federal government to implement the recommendations of the Fata Reforms committee without any further delay and merge the federally administered tribal areas in Khyber Pakhtunkhwa.

The demand was made during a grand tribal jirga held under the aegis of Jamaat-e-Islami against the colonial law Frontier Crimes Regulation (FCR).

The jirga also demanded Rs10 trillion package for the resettlement of the displaced tribesmen and to bring the tribal areas at par with other developed parts of the country.

It further demanded that sports complexes should be established in every agency and the existing agency headquarter hospitals should be upgraded.

Speaking on the occasion, JI Central Ameer Senator Sirajul Haq said the FCR was a black law and it should be repealed at any cost. He said the law was being used to keep the people of Fata slave.

He asked the federal government to implement the Fata Reforms committee report within two months, otherwise thousands of people of Fata would march on Islamabad.

He said that it was high time to bridge the gap between Fata and rest of the country and provide all the facilities the people of other areas had been enjoying.

Provincial Ameer of Jamaat-e-Islami Mushtaq Ahmad Khan said that the people of Fata had risen against the black law of FCR adding, they would continue their struggle for their freedom till the complete repealing of the law.