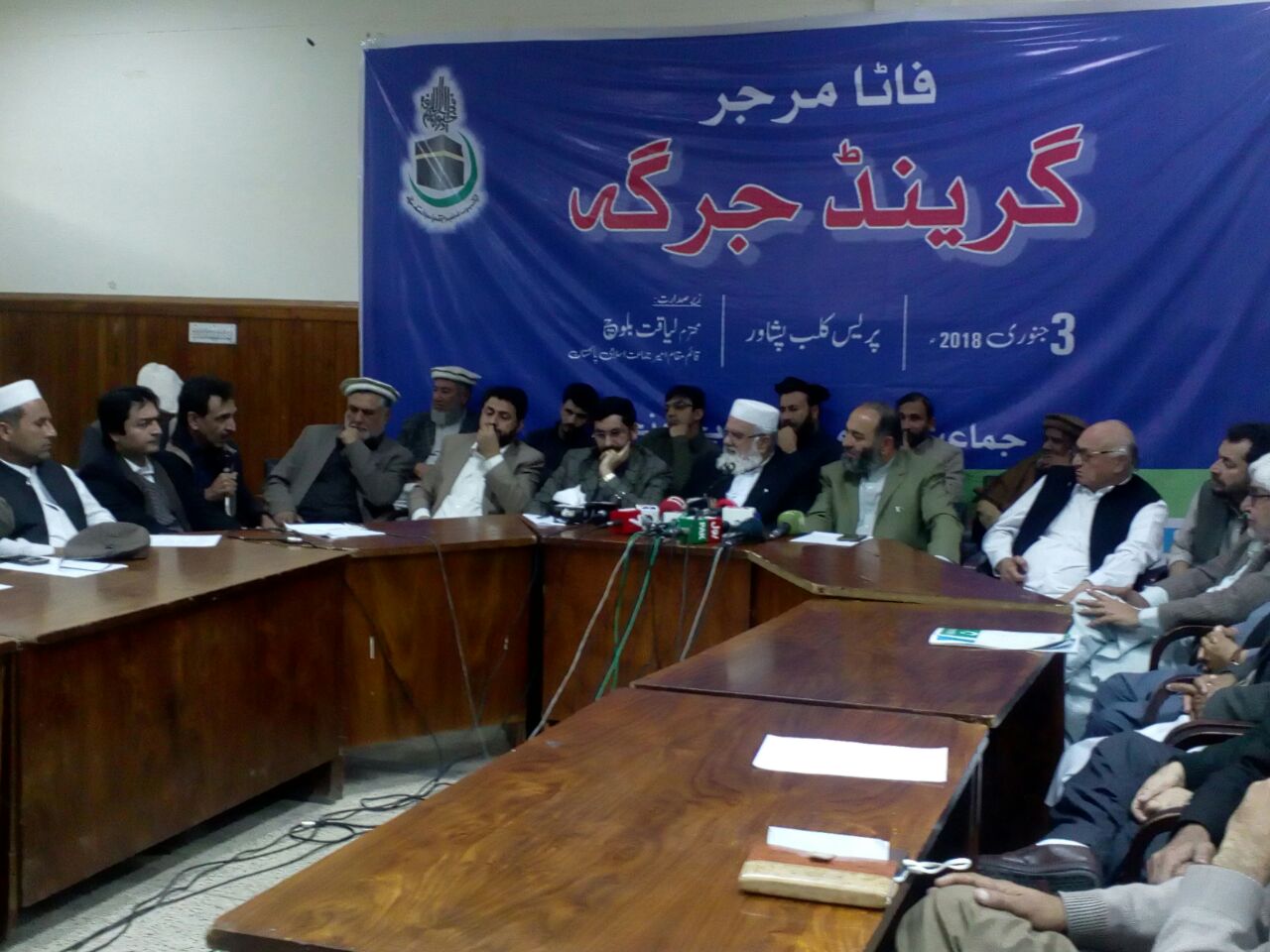 PESHAWAR, 03 January: The federal government has been asked to expedite the process of Fata’s merger in Khyber Pakhtunkhwa and abolish the British-era law of Frontier Crimes Regulation (FCR) immediately.

The demand was made in a grand jirga convened here by the Jamaat-e-Islami (JI) on Wednesday, which was also attended by epresentatives of other pro-merger political parties, provincial government, students associations, journalists and business fraternity.

The jirga’s declaration urged that federal government should extend the jurisdiction of the Supreme Court and Peshawar High Court to the tribal areas. It further demanded that the executive powers of the President over Fata should be finished and the entire belt should be brought under the control of the parliament.

The joint declaration also demanded that Fata should be given due representation in the Khyber Pakhtunkhwa assembly in the 2018 General Elections, adding local government elections should also be held in Fata.

The participants of the jirga unanimously announced to hold a prolonged sit-in in Islamabad if the government did not make any announcement about Fata’s merger in KP till the mid of January.