LAKKI MARWAT: In a major shock for the Jamaat-e-Islami (JI), most of its Shura (council) members and activists in Lakki Marwat resigned from the party on Wednesday in protest against non-allocation of tickets to the party leaders in the district.

The JI leadership in Lakki Marwat expressed strong resentment over non-allocation of even a single ticket of the Muttahida Majlis-e-Amal (MMA) in the district. All the tickets of the MMA for the upcoming elections in the district have been allotted to the Jamiat Ulema-e-Islam-Fazl (JUI-F) candidates.

The JI district leadership called an emergency meeting to mitigate the situation, but it failed to calm the disgruntled activists and 90 percent leaders tendered their resignations on plain paper. Prominent among those who resigned included the JI district naib ameer, district secretary general, local ameers and Shura members. Majority of the district Shura members resigned in protest against the party’s central leadership for ignoring their recommendations and proposals. 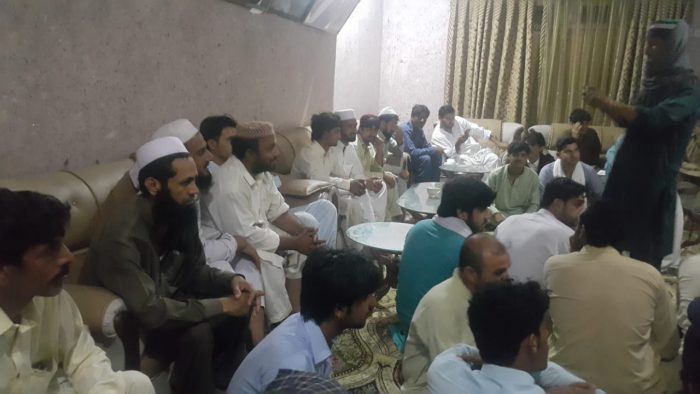 All the office-bearers of the JI Youth Wing in a separate meeting also tendered resignations from the party membership.

Participants of the meeting said that the JI was pushed to the wall in southern districts of Khyber Pakhtunkhwa under a conspiracy. They said the JI leaders were demanding just one ticket of PK-93, which was also denied.