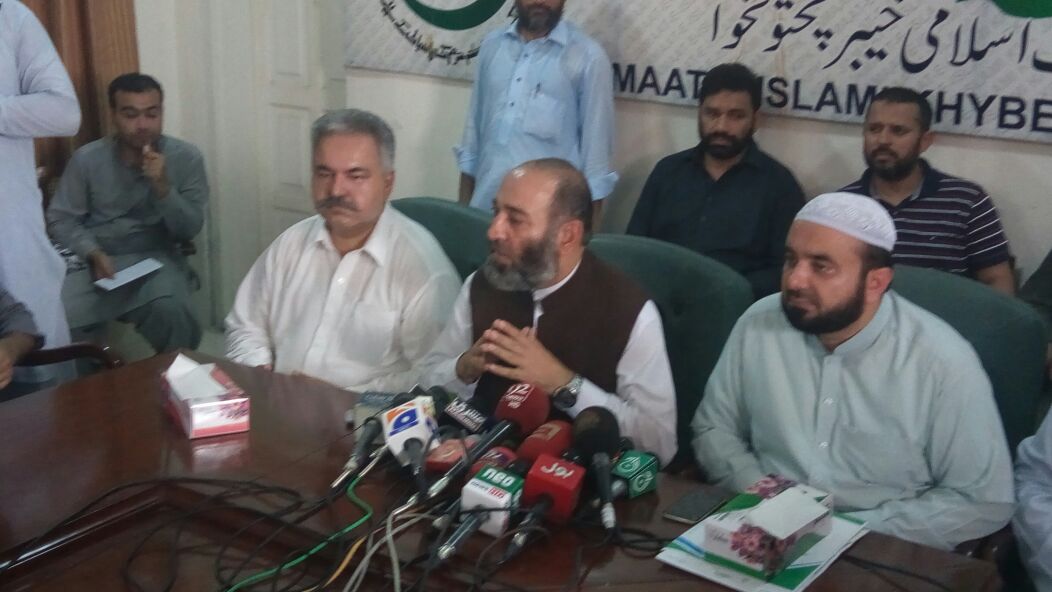 PESHAWAR, 08 August: Jamaat-e-Islami (JI) on Tuesday announced to run a three-month long awareness campaign from August 10 to November 10 for women rights and highlighting their problems in Khyber Pakhtunkhwa and Fata.
While addressing a news conference at Peshawar press club, JI KP chapter Ameer Mushtaq Ahmed Khan said that the campaign aimed to create awareness among public regarding women share in property, education, health and women’s right to cast vote. He said that the campaign is also aimed to ensure women access to sports and employment opportunities. He said that voice would be raised at government level for provision of soft loans to women for construction of own houses.
Mushtaq Ahmed Khan said that groups would be formed at the union councils’ level to make efforts for legislation for women rights at district councils, provincial and national assembly level to create awareness about the challenges faced by women in Pakistan and the laws that have recently been passed to ensure protection and empowerment of women. He said that the constituted groups would also create awareness among masses through utilization of media
While talking to TNN, Mushtaq Ahmed Khan that one million women members would participate in the campaign at union council and village council levels. He said that in Fata the campaign would be run among different tribes. He said that writ petitions would also be filed in courts for women rights.