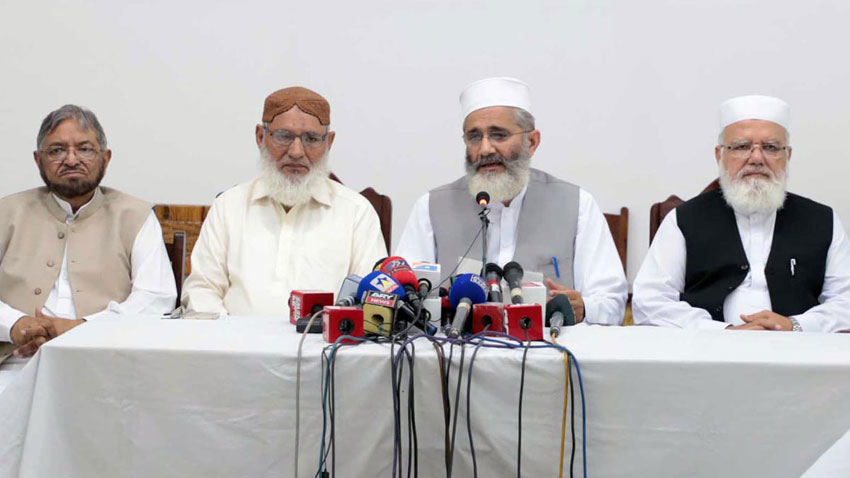 PESHAWAR: In an apparent snub to the Jamiat Ulema-e-Islam-Fazl (JUI-F) chief Maulana Fazlur Rehman, Ameer of Jamaat-e-Islami (JI) and Muttahida Majlis-e-Amal (MMA) Deputy President Sirajul Haq has turned down his suggestion of not taking oath of the National Assembly.

Addressing a press conference in Lahore on Monday, Sirajul Haq said the JI will wait for Imran Khan to fulfil his promise of transforming Pakistan into a welfare state. He said the JI will sit in the opposition with complete dignity.

The JI chief lamented that poll results were not released in a timely manner throughout the country. He said that despite serious reservations, his party was ready to give a chance to the new government to prove itself.

Siraj said the JI wants continuation of democracy and supremacy of the Parliament. He reminded Imran Khan of his promises that he would create 10 million jobs, five million houses and help Pakistan break free from loans. He said the JI expects the new prime minister to take steps against corruption.