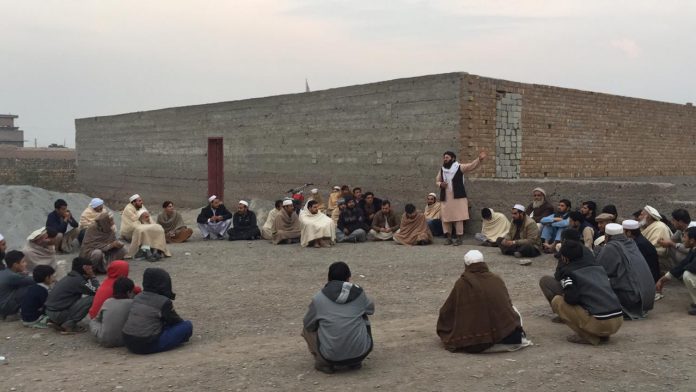 PESHAWAR: Tribal elders in Ghariza village in Jamrud are taking extreme measures in an effort to bring electricity to their area, saying that as long as they have no electricity they won’t vaccinate their children against polio.

Announcements were made by local elders from mosques through load speakers  asking parrants to boycott the polio-eradication drive until they are provided electricity. “For the last 20 days, there is no electricity in Ghariza area of Jamrud,” said a local elder.

The 4-day anti-polio drive began today during which over 5.8 million children will be administered Anti-polio vaccines across the Khyber Pakhtunkhwa.

The tribal elders lamented that because of lack of electricity,  they are also deprived of clean drinking water and are compelled to purchase water tankers. “But the majority of the families cannot afford to purchase water tankers, due to which they are subject to drink contaminate water that can cause the spread of diseases in the area,”  the tribal elder expressed the fear.

The locals said that they have visited the WAPDA officials several times, but they have not given any assurance that the electricity will be restored to the area. Due to which the tribal elders gathered at Amin Jumat area and unanimously decided that they will not inoculate their children against poliovirus until the provision of electricity is made to their area. “The jirga to demolish the houses of all those who administer polio drops to their children,” the elders warned.

The local said that in the nearby industrial estate, there is 24 hours electricity available but only poor villagers are deprived of this basic facility of life. The tribal elders also expressed willingness to pay the bills, if the electricity is provided.  They also warned that they will close the Pak-Afghan road for traffic in protest against the electricity load-shedding.

In January 2018, residents of Terikhel area of Lakki Marwat have also boycotted anti-polio drive in protest against power suspension of electricity.