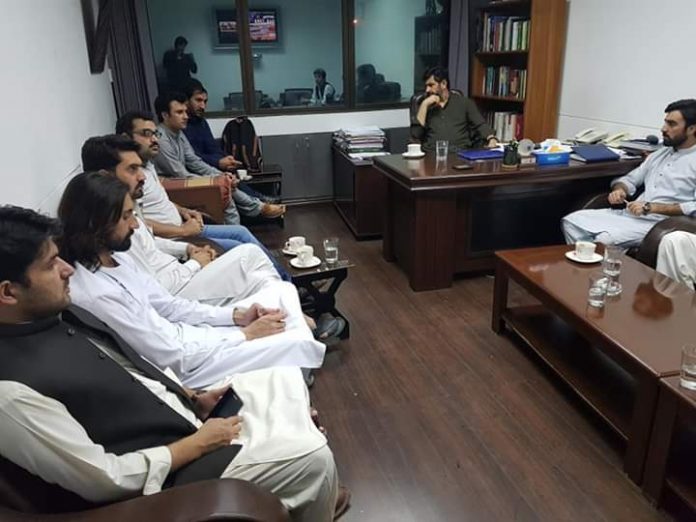 PESHAWAR: The Tribal Youth Jirga has vowed to foil all conspiracies to delay the elections in provincial constituencies of the tribal districts.

A meeting of the Tribal Youth Jirga was held in Islamabad on Friday, which was headed by its Chairman Abdul Qadir Wazir. Eminent journalist Saleem Safi, who is patron-in-chief of Tribal Youth Jirga, also attended the meeting.

The resolution mentioned that the government or any other member of the Parliament did not pay heed to the issue of increase of seats during the last nine months, but now the conspirators have become active at a time when the Election Commission of Pakistan (ECP) has announced schedule for the elections and over 400 young candidates have come into the field of elections.

The Jirga resolution said Sartaj Aziz, Shahid Khaqan Abbasi and Barrister Zafarullah will verify the fact that the Youth Jirga was repeatedly demanding increase in Fata seats during discussions on the 25th constitutional amendment. At that time, it said, the PTI leadership or Noorul Haq Qadri did not raise this issue. The Jirga members said Noorul Haq Qadri openly opposed the merger despite being part of the PTI.

The Youth Jirga said it is still prepared to support the 26th constitutional amendment if it doesn’t affect the ECP schedule of provincial polls in tribal districts. However, it said, the amendment bill has a provision of delay in the polls by up to 18 months. The resolution further pointed out that the increase in seats is nothing more than an eyewash, as this arrangement will last only till the next census after which the seats will be reduced again. It demanded the Senate members to block passage of the bill in its existing form and remove the clause about delay in the polls.

The resolution called upon Prime Minister Imran Khan to make sure that the tribal elections are not delayed. The Jirga vowed to oppose the possible delay politically and also the matter will be taken to the courts if required. It also asked the lawmakers of tribal districts to fight for funds instead of fighting for power.