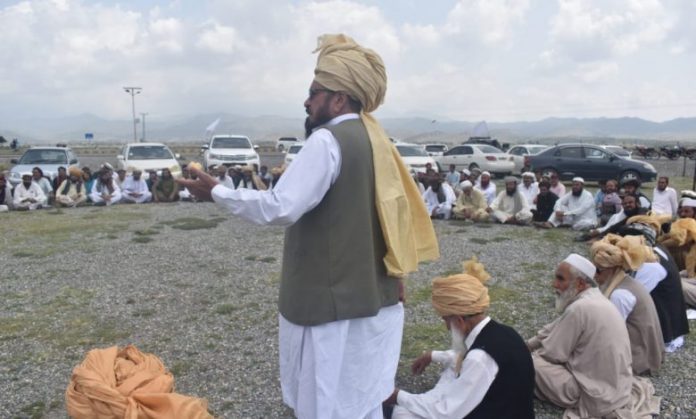 PESHAWAR: The Khyber Pakhtunkhwa government is planning to frame rules to give legal cover to the traditional Jirga system in merged tribal districts.

The members of the Jirga will be paid by parties to the disputes according to the agreed formula through consensus.

This was revealed by Special Assistant to KP Chief Minister on Information Kamran Bangash while addressing a press conference on Wednesday. The special assistant was flanked by chief minister’s aide Ghazan Jamal during the presser in Peshawar.

Kamran Bangash said rules of Alternate Dispute Resolution System (ADRS) have been framed and presented to the provincial cabinet which is expected to grant approval to these rules soon. He said the alternate dispute resolution system would help resolve issues of people of merged districts keeping in view their culture and traditions.

The Jirga system exists in various forms in merged tribal districts, but it did not have legal cover and a need was felt that the Jirga decisions will be effective only after its legal value. Many people in merged districts still prefer to resolve their disputes through Jirga system as a quick mean for provision of justice. However, the system also came under criticism over its legal position.

The special assistant said the KP government was making efforts to ensure amicable resolution of problems and challenges being witnessed after merger of erstwhile Fata with Khyber Pakhtunkhwa. He said long standing deprivations of people of merged tribal districts would be resolved soon.

Kamran Bangash said the alternate dispute resolution system would also solve intricacies of land disputes in tribal districts that were once regarded as insurmountable challenges and difficult to handle. He said issues would be selected through mutual consultation and resolved through arbitrators.  He said the ADRS would reduce burden on courts and also expedite resolution of cases with the consent of parties to dispute. The members of such Jirgas will include local elders, retired civil servants, lawyers, Ulema and experts in related fields.

Mr Bangash said the KP government was following the vision of Prime Minister Imran Khan who had always raised voice for ignored segments of society and gave priority to their problems.