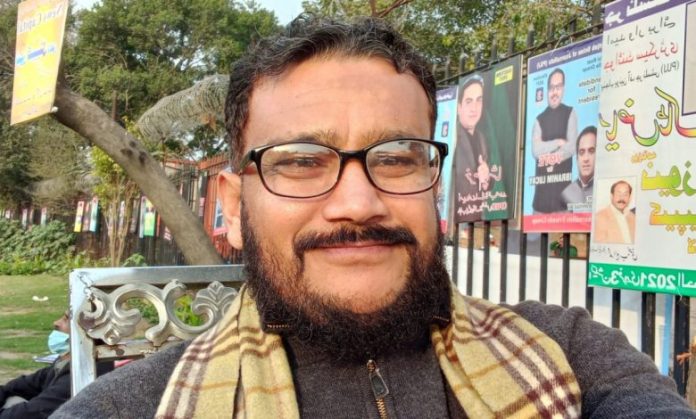 PESHAWAR: A case has been registered against senior journalist Ghulam Akbar Marwat in Lakki Marwat over unveiling alleged corruption in the distribution of subsidized flour.

Ghulam Akbar Marwat, who is president of Lakki Marwat Press Club, broke a news few days ago that the district food controller in connivance with the flour mills owners was doing malpractices in distribution of subsidized flour available from the government due to which the citizens are finding it difficult to get the flour on subsidized rates.

Ghulam Akbar Marwat said the journalists were receiving complaints from citizens that they were not receiving flour at subsidized rates. He said he unveiled the corrupt practices of the Food Department and flour mills owners due to which the district food officer got registered a case against him. The journalist said it was announced on the official Facebook page of deputy commissioner that flour bags would be provided in Mandrakhel village on official rates, but the Food Department said only 500 flour bags are available. He said he came to know that only 370 flour bags were distributed in that village. He claimed that he came to know through ‘credible sources’ that the Food Department, district administration and mills owners were hand-in-glove for this misappropriation, and now he is being punished for bringing facts before public.

The district food controller has rejected allegations against him and said the journalist has been booked over trying to hinder the official work and mislead the public.

Ghulam Akbar Marwat has got anticipatory bail from the court and journalist organizations have condemned the registration of case against him and termed it an attack on freedom of media.

Khyber Union of Journalists secretary general Muhammad Naeem said protests would be staged if the case was not withdrawn.

The journalists of Lakki Marwat have also condemned action against Ghulam Akbar Marwat and said journalists cannot be suppressed through such tactics.