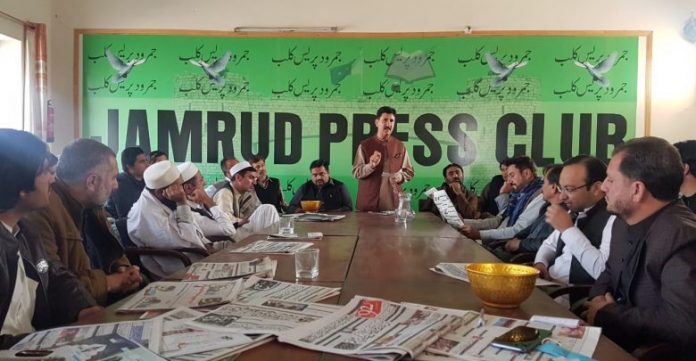 JAMRUD: Journalist community of Khyber tribal district on Tuesday decided to reorganize and rename the dysfunctional Tribal Union of Journalists (TUJ) after merger of tribal areas with Khyber Pakhtunkhwa.

The decision was taken during a meeting at Jamrud Press Club wherein journalists from all three tehsils of the district participated.

The participants discussed changing name of tribal union of journalist as well as reforming it for welfare of the community.

Senior journalist Ibrahim Shinwari asked journalists of other districts in ersthwhile FATA to have their own union that has become crucial after Fata-KP merger.

He said TUJ was non-functional for the last three years with no cabinet and offices where they could sit and work for solution of their problems.

He said that ex- TUJ members would need to associate itself with KP union of journalists as well as other unions throughout the country after the merger of Tribal Areas into the province.

“Reforms in constitutions of unions are need of the hour after Fata-KP merger,” he said.