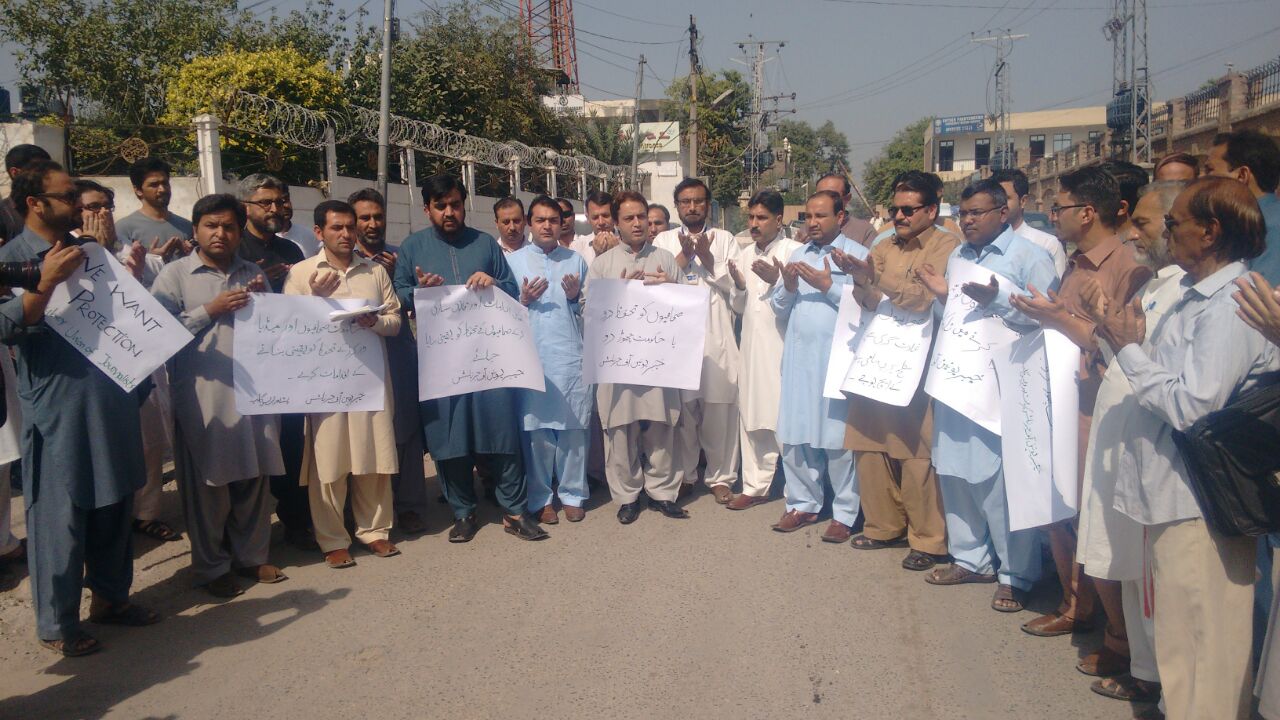 PESHAWAR, 13 October: Journalists’ fraternity of the provincial metropolis on Friday took to street to condemn the killing of fellow journalist Haroon Khan, who was gunned down in his ancestral village in Swabi on Thursday.

They chanted slogans against the government for not ensuring safety and protection to journalists. They said that a number of cases have taken place in which journalists are targeted, which is a clear testimony that the government has failed to provide security to media persons.

They set two-day deadline and asked the government and police to arrest the killers of Haroon Khan, otherwise they would expand the protest to the whole province.

Haroon’s brother has nominated his step brother in the FIR and stated that he was killed due to a land dispute. On the other hand, Tehreek-e-Taliban Pakistan’s spokesman has also claimed the responsibility of the killing of Haroon Khan, saying that he was working for intelligence agencies.

Police said that they have been investigating the case from all angles.