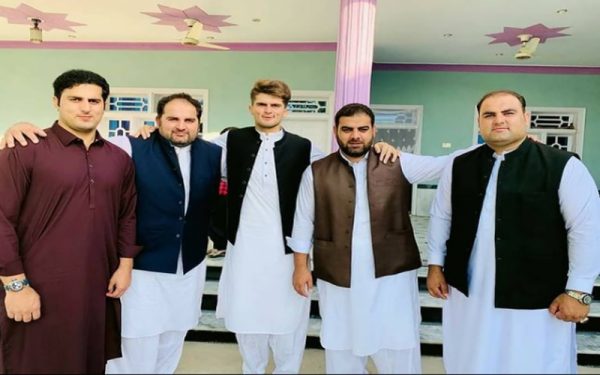 PESHAWAR: After confirmation of engagement of speedster Shaheen Shah Afridi with the second daughter of former Pakistan captain Shahid Khan Afridi, the fans and families are jubilant and people in Bahadur Killi area of Landikotal in Khyber tribal district have celebrated the news with aerial firing and fireworks.

“Shaheen’s family approached my family for my daughter. Both families are in touch, matches are made in heaven, if Allah wills this match will be made too. My prayers are with Shaheen for his continued success on and off the field,” the former captain said.

Replying to Shahid Khan Afridi’s tweet, Shaheen Shah Afridi, the youngest bowler to take 100 T20 wickets, said, “Alhumdulillah. Thanks Lala for your prayers. May Allah SWT make things easier for everyone. You are the pride of entire nation.”

The family sources of Shaheen Shah Afridi told TNN that they have close relations with the family of Shahid Khan Afridi and the marriage proposal was under discussion for the last two years and now the proposal has been accepted.

The family members of Shahid Khan Afridi have also confirmed the discussion on the marriage proposal. They said the engagement would be held after two years and marriage is expected soon after that. The news about Shaheen Shah Afridi’s marriage proposal has got wide coverage on mainstream as well as social media and fans are making interesting comments.

A fan, Kifayat Ali shared a video of Shaheen Shah Afridi taking the wicket of Shahid Khan Afridi in a PSL match, but not celebrating.

“This is why Shaheen didn’t want to celebrate Afridi’s wicket,” he said.

Now we know why he did not celebrate. #shaheenafridi pic.twitter.com/C1IJ2uOA9h

Another subscriber Muhammad Askari also shared the same video, saying that now he got to know why Shaheen is not celebrating after taking the wicket of such a dangerous batsman. This video earlier went viral and was greatly liked by cricket fans in which Shaheen was showing respect to the senior player.

Hassan said now we are going to watch Damad (son-in-law) Vs Susar (father-in-law) in PSL.

Nimra Khan asked bowler Hasnain, not to give a heart-attack.

Yasir Leghari has shared the picture of Shaheen and Ansha in a frame and said, “Pakhtun beauty in one frame.”

Shahid Khan Afridi has five daughters and the eldest daughter, Aqsa is 19-year-old. The other daughters are Ansha, Ajwa, Asmara and Urwa.

Urwa was born last year and the news of her birth was shared by Shahid Khan Afridi on the social media.