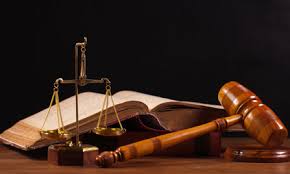 PESHAWAR, 27 April: The Judicial Commission has come out with a questionnaire to delve into the allegations of rigging in the 2013 general elections.

The questionnaire prepared for all the political parties would have to be handed over to the commission latest by 29th the instant. The decision was taken at a meeting of the three-man commission headed by Chief Justice of Pakistan, Justice Nasirul Mulk. Pakistan Tehreek-i-Insaf Chairman Imran Khan was also present on the occasion.

The chief justice said though the procedure of the commission to probe rigging allegations in the previous general elections was quite easy, most of the parties could not properly respond to the queries of the judicial commission. This is why the commission had to draft a questionnaire for political parties.

The questionnaire contains three questions. The first question seeks supporting material and eyewitness account from the political parties who believe that the elections were not carried out “honestly, impartially and justly.”

The second query relates systematic manipulation of the general elections. The third question states whether the rigging was carried out on National Assembly seats or both national and provincial assembly seats.

Meeting of the Judicial Commission was delayed for Wednesday.