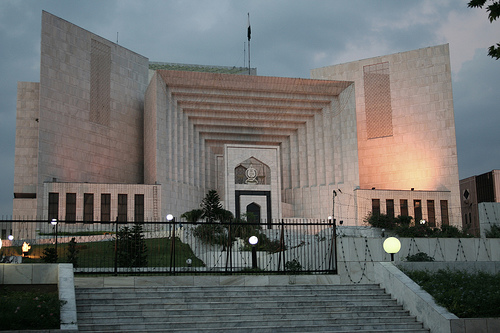 PESHAWAR, 29 May: The judicial commission investigating alleged rigging in General Elections 2013 has sought reply from the Pakistan Tehrik-e-Insaf (PTI) over rigging allegations in Khyber Pakhtunkhwa.

During the hearing of the judicial commission headed by Chief Justice of Pakistan Nasirul Mulk in Islamabad yesterday, the Pakistan People’s Party (PPP) lawyer Aitzaz Ahsan alleged that his party was kept out of assemblies under an organised rigging not only in Punjab but rigging was also done in KP with the help of returning officers and presiding officers.

The judicial commission after the allegations of Aitzaz has sought reply from the PTI.