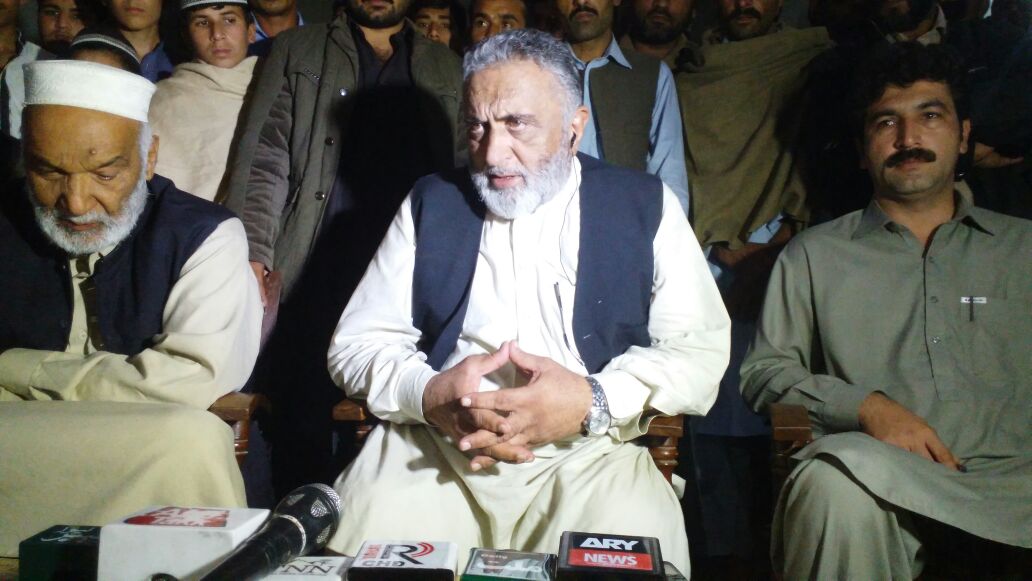 Addressing a press conference in Charsadda on Friday, Arshid Khan and Mukarram Khan said people from the whole district will stand up with them if justice was not provided to the affected family. They said the slain person was neither a proclaimed offender, nor he was wanted to police. They said Zahir Shah did not possess any illegal arms, but the Prang Police violated the sanctity of his house. They claimed that Zahir Shah was injured in police firing and he was killed half an hour after his arrest by the police. They claimed that several people are witness to the incident.

Arshid Khan and Mukarram Khan said the police and government should either resolve the matter though a Jirga or conduct a judicial inquiry into the incident to bring truth before the people. The members of the affected family and local people were also present during the press conference who appealed to the Peshawar High Court and Chief Minister Pervaiz Khattak to order inquiry of the incident through any institution other than police.

Two policemen, including an SHO, and Zahir Shah died in exchange of fire in Majogi village in Charsadda on Wednesday night. Police claimed that Zahir Shah was a proclaimed offender.