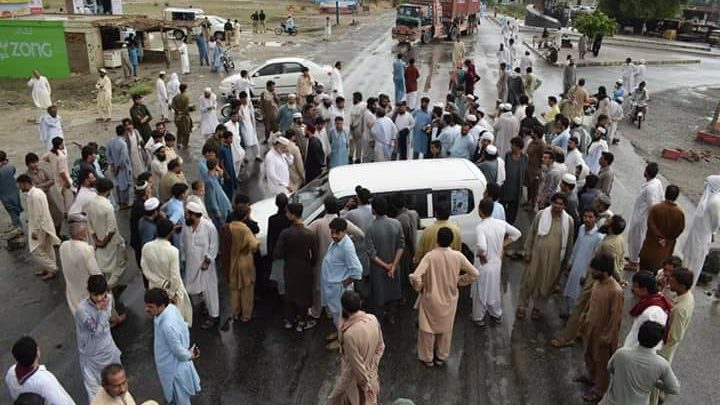 PESHAWAR: The Jamiat Ulema-e-Islam-Fazl (JUI-F) activists on Friday held protests in different parts of Khyber Pakhtunkhwa against alleged rigging in the general elections.

The protests are being held on the directions of the JUI-F Ameer Maulana Fazlur Rehman in which a large number of the party activists are participating. Protests were held in Hangu, Battagram, Buner, Bannu, Karak, Mardan and Peshawar during which the JUI-F workers alleged that the 25 July elections were massively rigged in favour of the Pakistan Tehreek-e-Insaf (PTI).

The protesting activists said they will not accept the results of the elections and demanded that the results be declared null and void. They also claimed that they possess ample proof of rigging in the polls. They said the protests will continue over the rigging.

The Muttahida Majlis-e-Amal (MMA), under which the JUI-F contested the elections, got only 10 each seats in the National and KP assemblies in the elections. The MMA got eight seats from Balochistan Assembly and could not get even a single seat from Punjab Assembly.