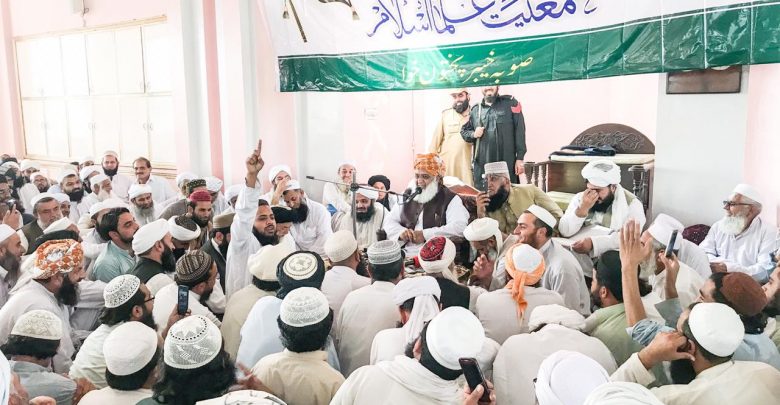 Addressing a gathering at a madrassa in Nowshera on Wednesday, Fazlur Rehman said the declaring the areas near the Pakistan as Qabailistan by the Afghan government is interference in the internal affairs of Pakistan. He said the Ministry of Interior should take notice of the Afghan government’s move to end the condition of visa for the tribal citizens.

The Maulana alleged that the US was creating disturbance in the Islamic world under a conspiracy. He said Pakistan is passing through a difficult phase currently, while the lack of a clear policy by the government has further complicated the situation. He said handing over the religious seminaries to National Counter Terrorism Authority (NACTA) will never be allowed.

Fazlur Rehman said the Establishment needs to change its attitude if it wants better relations with him. He said his party is striving for bringing Shariah system in the country. He said his party will strive to bring all the political and religious parties on one platform for this purpose.

The JUI-F chief said war of economy is being fought in the world. He said this war was previously led by Russia and now it is led by China. He said countries are being weakened by bringing them under the debt burden.