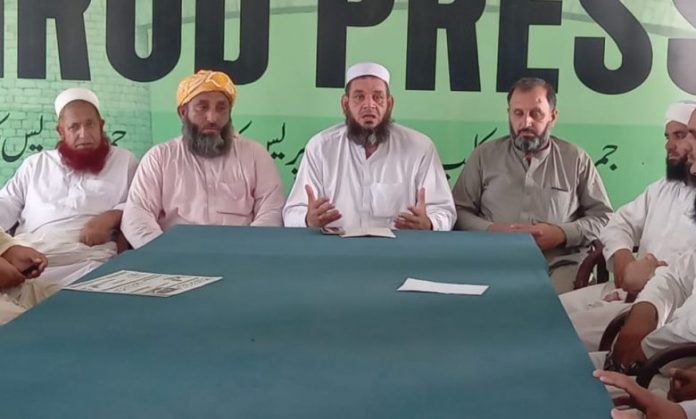 JAMRUD: The leadership of Jamiat Ulema-e-Islam-Fazl (JUI-F) in Khyber tribal district has raised objections over no appointment of teachers on different district cadre posts even after holding of tests by Educational Testing and Evaluation Agency (ETEA).

The JUI-F leaders said the inquiry report against a principal of a girls college on alleged violation of discipline must also be made public. They alleged that the videos made in the college went viral which is against local traditions. They said the principal of the college must face departmental action and she must be expelled from Khyber district.

The JUI-F leaders also condemned appointment of non-locals in Khyber Health Department and demanded the local officials to take action. They warned that they would launch protests and lock government offices if the government continued ignoring their demands. They said the final strategy about protests would be discussed in the mega meeting of the JUI-F leaders on Friday.

The government had issued a notification of appointment of 481 nurses in Health Department in merged districts under the Accelerated Implementation Program and it has emerged that 452 among these are non-locals.