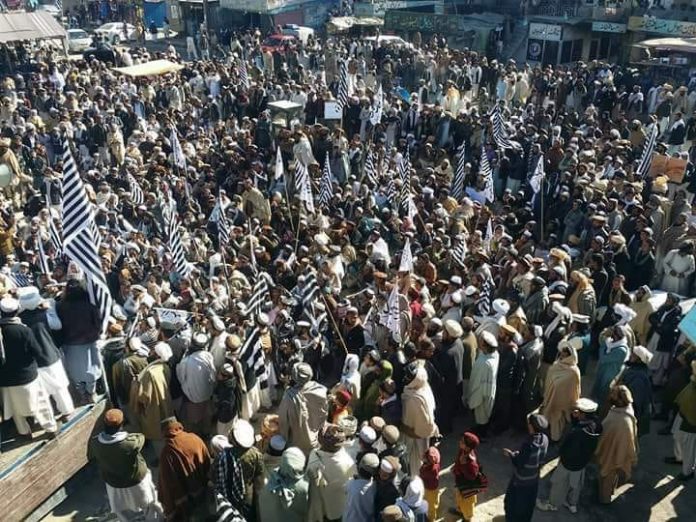 The protestors were holding placards inscribed with slogans against the merger and Frontier Crime Regulations Act (FCR).The protesters were of the view that the merger has taken place without taking the tribal people in confidence.

Amir of JUI-F, Miranshah, Maulana Mirza Jan while addressing the gathering said that the decision of the tribal areas merger with Khyber Pakhtunkhwa has been imposed on the tribal people from the top. Jan asked the Federal Government to revoke the merger and give the people their right to make their own decisions.