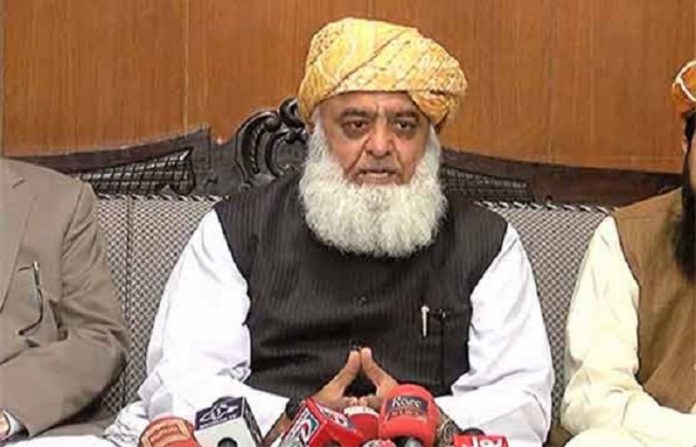 PESHAWAR: The Chief of Jamiat-e-Ulema Islam-Fazal, Maulana Fazal Ur Rehman has said that his party has not yet made the final decision on wether to participate or boycott the proposed elections in Tribal districts of Khyber Pakhtunkhwa for the provincial assembly.

Fazal added that he has authorized the JUIF tribal areas’ organizations for taking a decision in this regard to participate or boycott the upcoming general elections. Fazal was talking to media after the Muttahida Majlis-e-Amal leadership meeting in Peshawar on Saturday.

The Election commission of Pakistan (ECP) has expedited preparations for the elections in all the seven tribal districts and Frontier regions of the province. The political activities have also begun in tribal districts after the ECP proposed delimitation for tribal areas. These new districts will have 16 general seats, three women seats and one minority’s seat in Khyber Pakhtunkhwa assembly.

The JUI-F was in opposition to tribal areas merger with the province and still believes that the decision of merger has been imposed on them without their consultation.

The chief of JUI-F criticized the Pakistan Tehrik-e-Insaf government for adopting an anti-religious seminaries policy, however, he said that the seminaries are obeying all the national laws and they will be expanded to every corner of the country. “If PTI creates hurdles in the way of religious seminaries, we will start opening more madrassas without any registration,” the JUI-F leader warned the government. “The government is trying to undermine the importance of religious schools in the country”, he said.

Talking about the regional peace, Fazal said that there is need of mutual trust and sincerity to establish a durable peace in the region. “Today, India is busy in building a fence on Pakistani border while Pakistan is making such a fence on the border with Afghanistan to stop terrorist’s movement,” remarked Maulana.