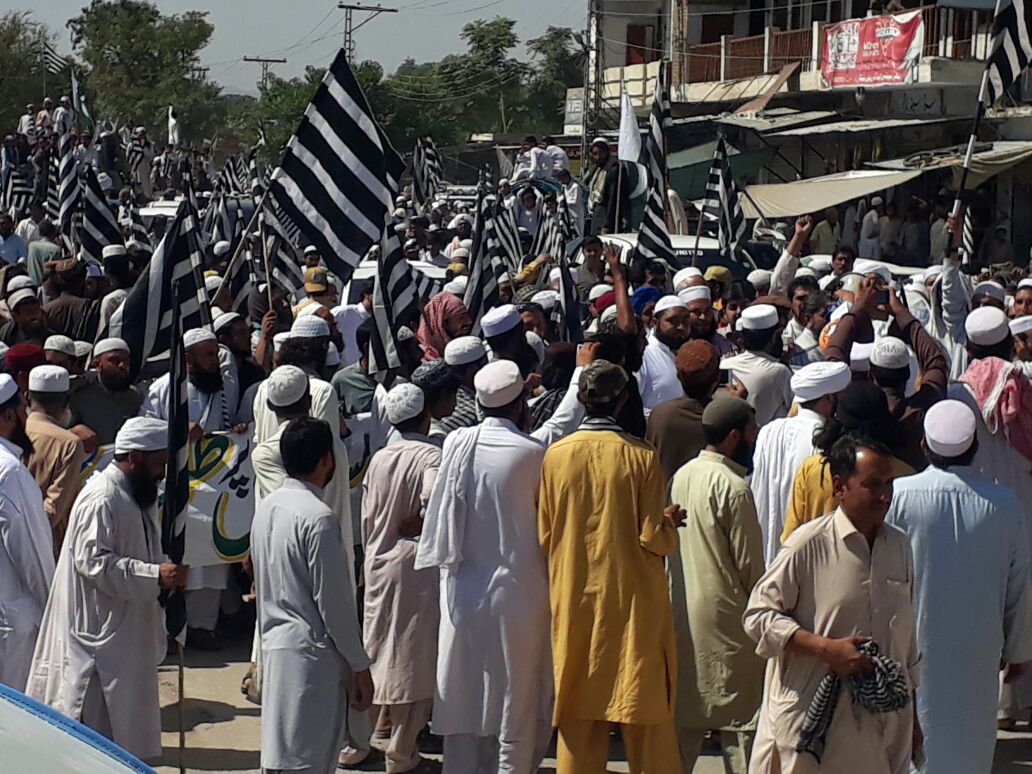 HANGU, 18 September: Participants of a rally held here on Monday urged upon the rulers of Muslim countries to sever diplomatic and trade ties with Myanmar as a protest against the atrocities of the Burmese army on Rohingya Muslims.

The rally was held under the aegis of the Jamiat-e-Ulema-e-Islam (F). Mufti Said Janan, member of the Khyber Pakhtunkhwa Assembly, Mufti Ubaidullah, District Nazim Hangu and other leaders led the rally which was participated by large number of party workers.

The rally started from Al-Sherawi Mosque and culminated at Railway square where it turned into a public gathering.

Speakers on the occasion regretted that the United Nations has adopted complete silence on the persecution and ethnic cleansing of Rohingya Muslims by the Myanmar government, which is highly condemnable.

They also censured the Organization of Islamic Cooperation (OIC) for not taking any measures to force Myanmar government to stop persecution of the Rohingya Muslims.

They demanded that all Muslim countries should end diplomatic and trade relations with Myanmar.