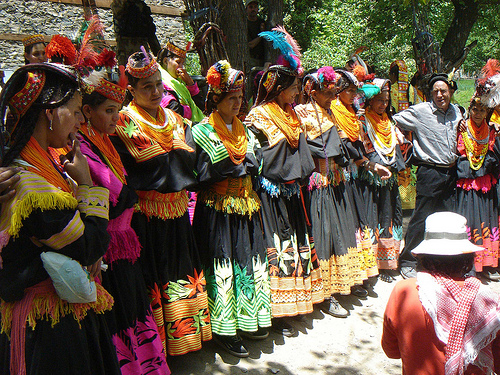 CHITRAL, 17 May: The Chilum Jusht religious festival of Kailash tribe has concluded in Chitral.

The Kailash tribe in Bamboriat valley of Chitral celebrates Chilum Jusht festival every year with the end of winter season and start of new year of religious calendar. Women could be seen dressed up in traditional clothes and dancing in groups to celebrate the event. Males also beat drums and the elders sing religious poems and songs on the occasion. The males and females also choose their life partners at the event and announce their marriage at the final stage of the festival.