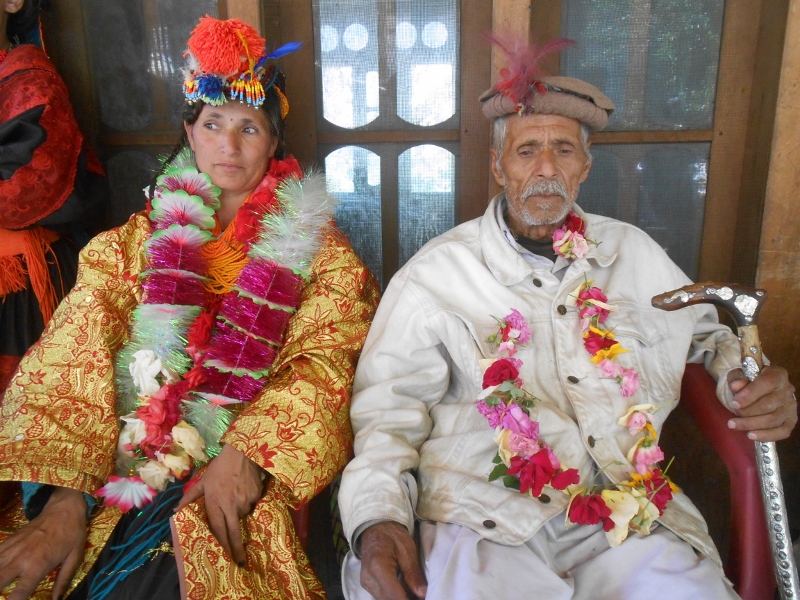 CHITRAL, 5 January: It is a common practice world over that people usually express grief and sorrow over the death of loved ones. However, the Kalash tribe of Chitral handles the death quite differently and instead of mourning, it celebrates the deaths with festivities and dances.

Kalash tribe religious leader Mir Mas Khan has died and his three-day death celebrations have concluded today (Tuesday). The Kalash tribes believes that the death of people should be celebrated on the similar pattern as births of children are celebrated.

The people of the tribe have slaughtered more than 30 goats over the death of their religious leader. They are also serving the visiting guests with butter, cheese and other traditional cuisines. The women members of Kalash community sing religious songs and dance in circles on the occasion of deaths. The male members also participate in the dances and resort to festive firing.

The people who come to the funeral also place peanuts, other dry fruit and money near the body which is regarded as a gesture of respect for the dead. The belongings of the dead like axe, gun, clothes and other items are also buried with the body.

A local person, Bazangi Kalash, told TNN that they celebrate death of their male members because their forefathers told them that God created them and called them back under His command. “It is the will of God. We also give Sadqa over the death of men. However, celebrations are not allowed when our women die. In that case we just mourn their death,” Bazangi said.

Qazi Mir Mas was famous in the tribe for making the children memorise the religious lessons by heart. His lessons are not available in written form. A large number of tourists from Pakistan and abroad come to Kalash to see these unique festivals.