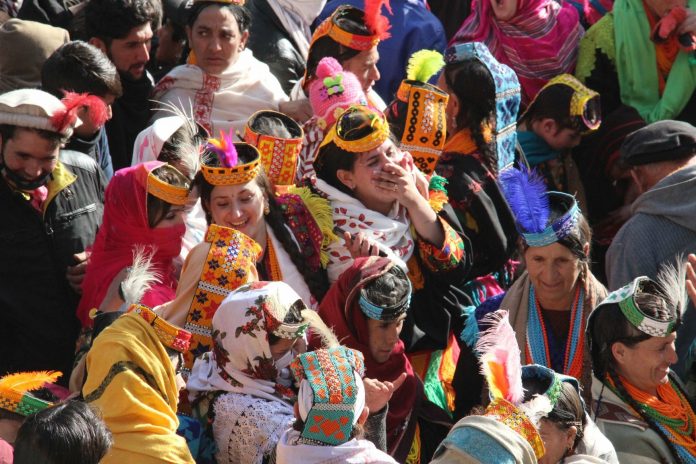 CHITRAL: Kalash winter festival, Chawmoss, concluded on Saturday after continuing for 15 days.Its closing day coincides with the first day of the year of Kalasha calendar.

The grand gala of the festival was celebrated with much funfair and splendour. Foreign tourists, who had come from different countries to the Kalash valley to have a glimpse of unique culture, traditions and religious rites, enjoyed various events during the 15-day festival in the scenic valley. 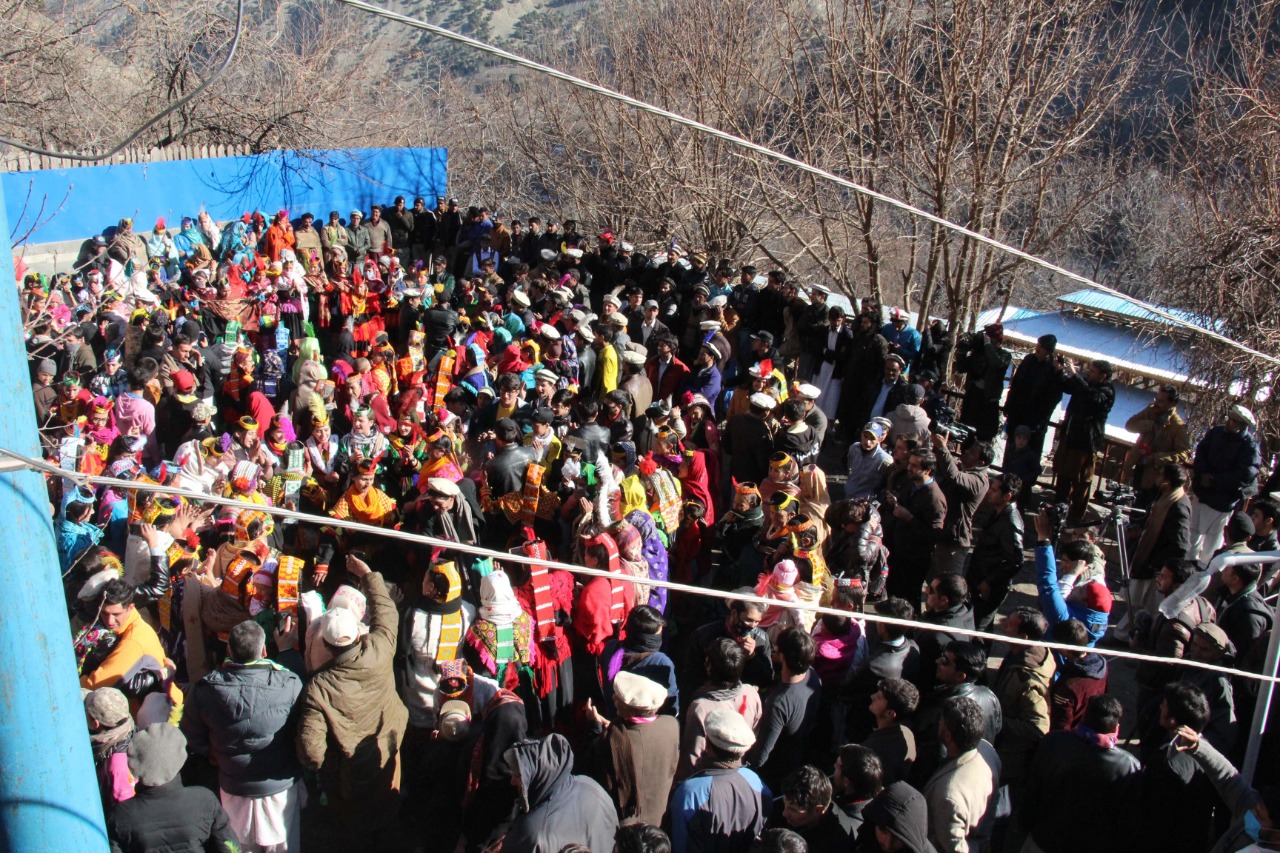 The MPA praised the provincial government for the facilities provided to the tourists and the local Kalash community to celebrate the festival.

During Chitirmas or Chawmoss festival, which began on December 7 and continued till 22nd, the Kalash people organised a cultural rituals including bonfire competitions, Mandahek, Sharaberayak and Savilakehari to celebrate the festival with religious zeal and zest.

The festival began with bonfire competitions by Kalash children clad in colourful dresses and robes. They collected twigs and branches of pine trees and made bonfire to show off their skills in making high flames and smoke in Ramboor, Bamburet and Birrir valleys. 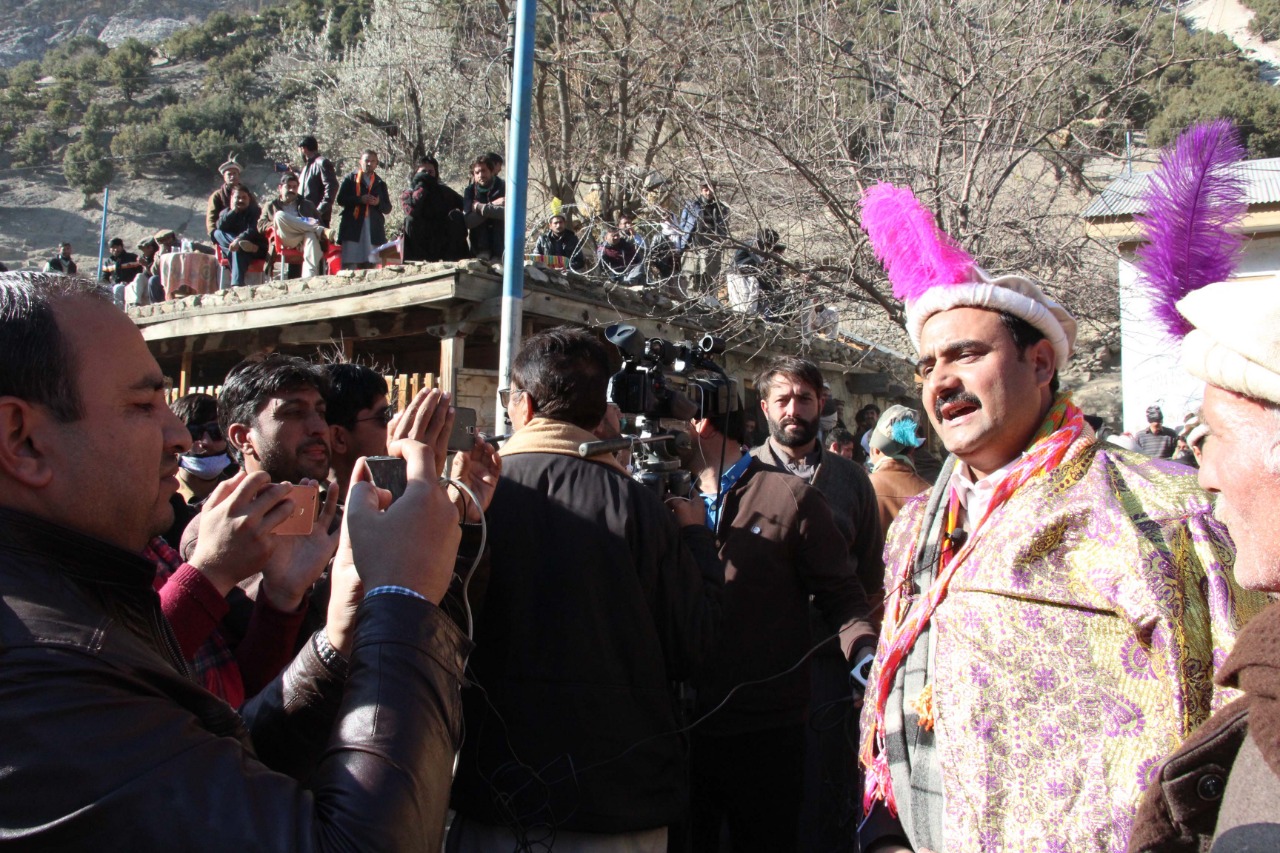 Making high flames and smoke is meant to welcome peace, prosperity, minerals, green grass and love among the people of the indigenous tribe in the ensuing winter and spring seasons. The children, while holding green leaves and branches of trees, sang songs and performed chorus dance.

It followed Sharaberayak and Mandahek festivals. In Sharaberayak festival, the Kalash people make toy animals like cows, markhor and symbols of their ancestors from the flour and baked them in the fire. These toy animals then placed in the sun. Later, they are distributed among the relatives and well-wishers. 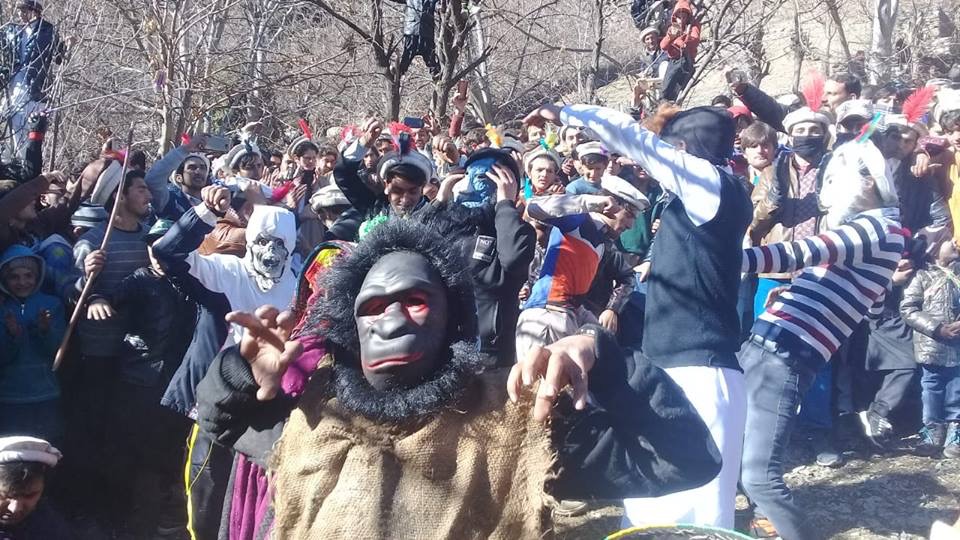 Similarly, Mandahek is another festival during which tree branches are set on fire and people observe five minute silence.

Then comes Savilakehari festival. Kalash men, women and children wearing new and colourful clothes gather at a place and sing love songs for each other. They dance together and praise each other.

Young Kalash girls wear boys’ dresses and boys clad themselves in girls clothes and dance in chorus. They express their feelings for each other and announce their marriage.

The community performed Shishaw and Gosnik rituals as well. After Shishaw rituals the Kalash community do not touch outsiders.

In Gosnik, three to five years old boys and girls wear new dresses with lots of walnut breads, fruits, gifts and locally made embroidered clothes. Their uncles bring goats and sheep to give them as gifts to their nieces and nephews.

The Tourism Department had made appropriate arrangements including installation of lighting system, provision of transport and other facilities so that the local community and tourists could celebrate the festival in a befitting manner.

Khyber Pakhtunkhawa Senior Minister for Sports, Tourism, Archaeology had announced Rs560 million for highlighting the Kalash culture to the world. 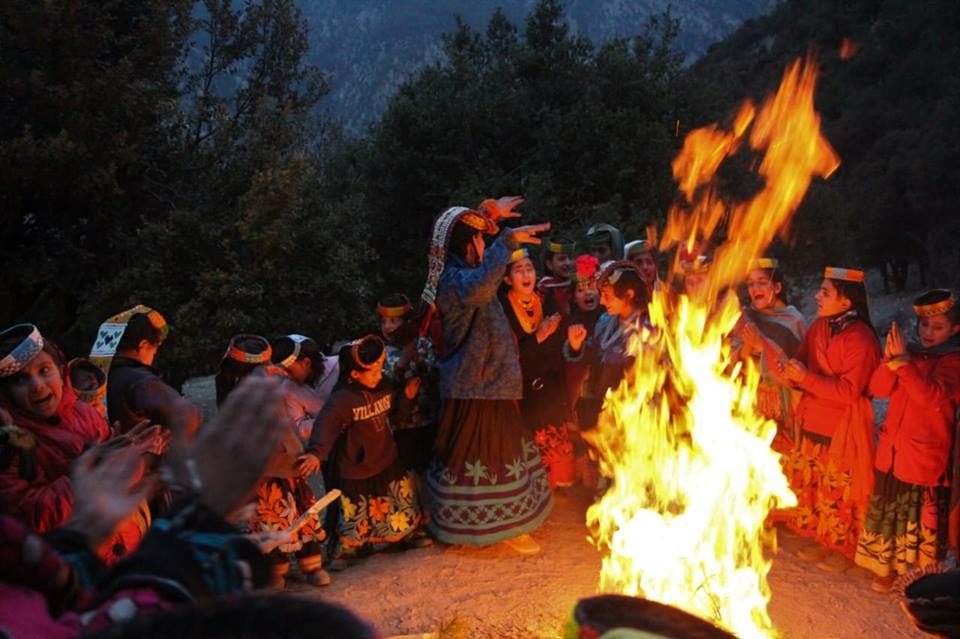 The festival is celebrated for the divine, the living and dead relatives, crops and the goats to be safeguarded, while the community, the village and the valley are purified prior to the coming year.

At dusk, torch-lit processions are taken out from all the nearby villages in Ramboor, Bamburet and Birrir valleys. The processions then culminate at the “Charsue”, which is the main customary dancing place. It is carried out till late in the night round the bonfire.

On the other hand, the tribal elders sit on hilltops at dawn to watch the rising sun and declare the New Year.

Goat sacrificed are then made to the Godess “Jastak”, while blood from the animal is sprinkled at the temple Jastime.

When “Balimine”, another great god visits the Kalash valley once a year, sacrifices are made at his “Malosh Altar” too.