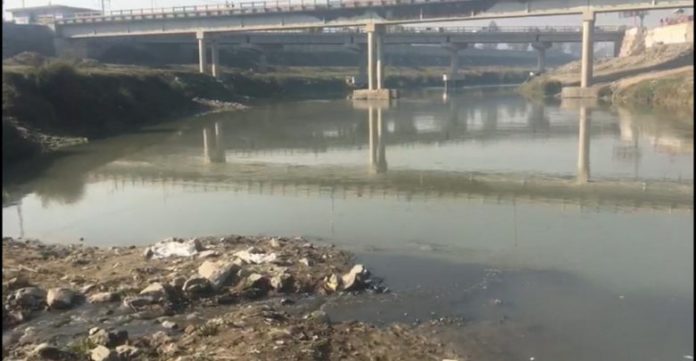 MARDAN: The Discharge of industrial and domestic effluents into streams and rivers is a common phenomenon in Pakistan. Though its hazardous impacts are obvious and stark, the relevant departments have done little to eradicate the problem.

District Mardan, the 2nd largest district of the province, is not much different from other parts of the country, where the only major stream known as Kalpani has turned into a dumping place for all the sewerage of the city. Residents would tell you how they used to swim and women would wash clothes in Kalpani water. The water then was clean aind refreshing.

“I still remember, water in Kalpani was used for washing clothes and drinking purpose,” Noorul Salam, a resident of Sikandari area told The TNN “Now the stream offers nothing but sewage water.”

Noorul Islam added that the people of Kalpani, Baghdada, Gujar Garhi, Par Hoti and Mardan Khas settled along this stream due to its fresh water.  The 95-year old said that the Hindus would put their leg in this stream as they believed that its water somewhere there sacred River Ganga.

“Then the Muslim would also take extra care to keep their streams clean,” Noorul Islam revealed. He considered that not only the government but also the masses are responsible for this situation as the domestic as well as factories sewerage water are directly thrown into it.

The Kalpani stream originates from the mountains of Dargai, Malakand. It passes through Jalala, where it is known as Jalala stream of Jalala Gudar. After Jalala, the stream enters Takht-e-Bahi, where it is known as Jindi. In Mardan city, The Kalpani passes through several well-populated localities and the entire city’s polluted water is emptied into it through pipeline lines.

According to the industrial establishment directory’s report for 2007, more than 134 industrial units are discharging their chemical waste into this stream which also includes the chemicals infested water from Mardan Sugar mill. It has been declared as the second polluted stream after the Bara River in Peshawar.

During the routine time, water flow at Kalpani is about 4500 cusecs while during flooding season, the flow crosses 90 thousand cusecs that’s why periodically its erupts in fury and plays havoc with life and property on its heavily populated banks. 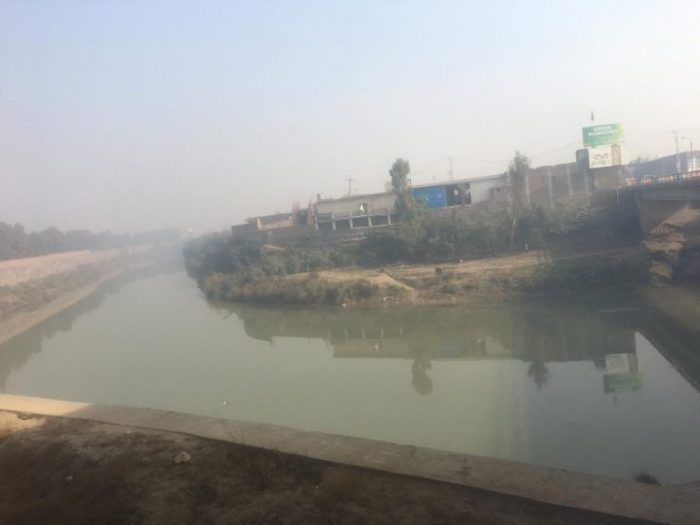 Integrated Regional Support Program’s (IRSP) Director of Research and development, Saif Khan told TNN that “some 45 per cent of drinking water in Mardan district is polluted.” He added that 10 per cent of this contain hazardous chemical while 35 per cent is bacterial contaminated. He added that there is a different type of metals; especially the Chromium’s percentage is more than stipulated by the Khyber Pakhtunkhwa Agency for environment protection. Saif Khan while talking about the health hazards of the polluted water said that those people who are using without filtration are suffering from different types of Hepatitis and kidney diseases.

However, there is no provincial department is ready to take responsibility. The Tehsil Municipal organizations (TMOs) are accusing the Water and sanitation services company, Mardan for it. While the KP environment protection agency says that they will take action against both the organizations as it is their responsibility to keep the city and its sewerage lines clear.

Tehsil Nazim, Mardan Mushtaq Seemab also expressed concern over government’s apathy toward water pollution in the district. “Research has proved that the underground water is also contaminated in areas along the Kalpani stream,” Seemab told the TNN.   The tehsil Nazim revealed that Asian Development Bank has approved a loan of Rs 7.33 billion to clean Kalpani stream. Seemab said that the project will commence in April under which underground drainage lines will be constructed from Faqirband to Rashkai area and sewerage water filtration plants will be constructed. He added that water will be filtered after being emptied into Kalpani.

It is pertinent to mention that one such project was started in the 1990s; however, it was abandoned in the middle. The Tehsil Nazim believes that the project was not feasible and was dropped in the middle due to some technical reasons. “Though its water will not be used for drinking, however, the day is not far away when people will come here again for fishing,” Seemab expressed the hope.