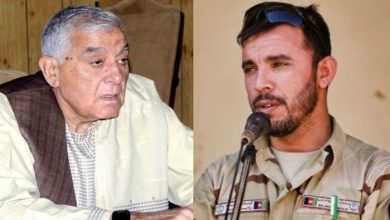 QANDAHAR: General Abdul Raziq, one of Afghanistan’s most powerful security officials, was killed, along with Governor Zalmai Wesa and a local intelligence commander, when a bodyguard opened fire after a meeting in the governor’s compound in the southern province, officials said.

General Scott Miller, the top US commander in Afghanistan who had been at the meeting with Raziq only moments earlier, was uninjured in the attack.

In their claim of responsibility, the Taliban said they had targeted both Miller and Raziq, who had a fearsome reputation as a ruthless opponent of the armed group.

The killing of Raziq is a major blow to the Afghan government ahead of parliamentary elections on October 20, which the Taliban have vowed to disrupt.

There was a meeting between the US top commander in Afghanistan Scot Miller and top government representatives in Kandahar. After that meeting, there was gunfire inside the governor’s compound, Aljazeera reported.

“In that gunfire, the intelligence chief, top police commander and the governor were killed. Two Americans were injured,” Ahelbarra reported.

The Taliban, who claimed to have killed him, have managed to infiltrate the most secure government meetings on multiple occasions this year, striking at the heart of its command. However, this was the first time that three top officials were killed in an attack.