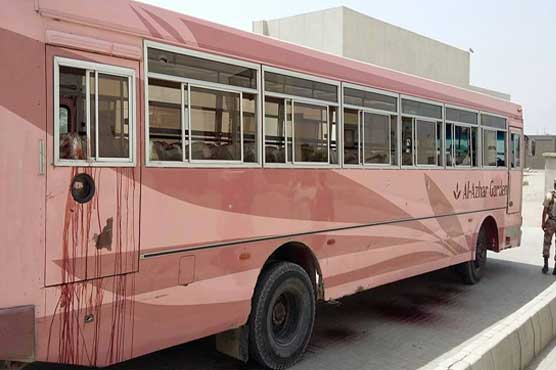 PESHAWAR, 13 May: At least 43 Ismailis, including 16 women, were killed and 11 others sustained bullet injuries, as unidentified armed men attacked a bus in Karachi they were travelling in today.

Sindh Inspector General of Police Ghulam Haider Jamali said 60 persons, hailing from Ismaili sect, were travelling in the bus. When they reached Safoora Chowrangi, armed men on motorbikes forced the bus to stop and opened indiscriminate fire on passengers after entering the bus.

According to an eyewitness account, the assailant targeted all the passengers except two kids. The wounded driver of the bus rushed the injured to the hospital.

Sindh Chief Minister Syed Qaim Ali Shah has suspended the deputy superintendent of police and station house officer concerned and has sought a detailed report of the incident from deputy inspector general of police.

To show solidarity with the aggrieved families, Prime Minister Nawaz Sharif has announced Thursday as mourning day and the national flag will be lowered at a half mast.