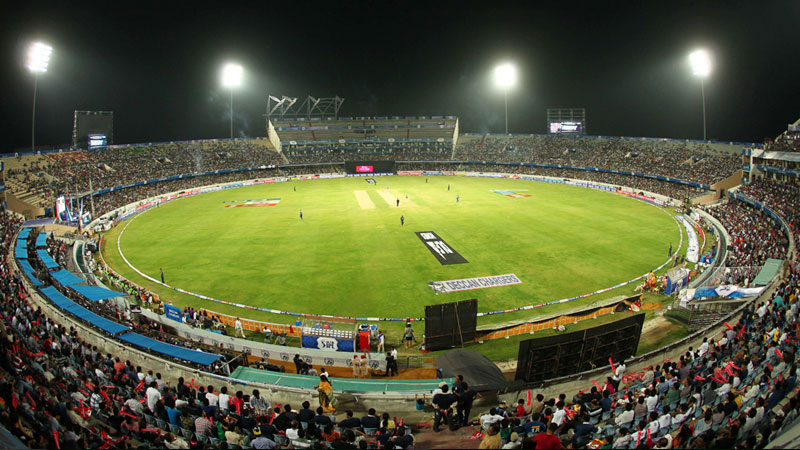 PESHAWAR: The Pakistan Cricket Board (PCB) has announced that the three matches of the fourth edition of the Pakistan Super League (PSL-4), which were earlier to be played in Lahore, have been shifted to Karachi now due to logistical and operational challenges.

The PCB said in a statement on Sunday that all the eight matches in the Pakistan leg of the PSL-4 will now be played at the National Stadium Karachi from March 9-17.

The Pakistani air space was closed for commercial flights due to ongoing tension with India and although the air space has been opened now, but that has already caused several logistical problems in Lahore. The PSL home matches were earlier scheduled in Lahore on March 9, 10 and 12 for which logistical and operational issues could not be sorted out in time due to unavoidable circumstances.

The PCB Chairman Ehsan Mani said it was a tough decision taken after consultation with all the stakeholders, particularly the franchise owners. He said the PCB could not compromise on the standard of matches, therefore, the decision was taken to shift all the matches to Karachi. He said the option of changing the dates of matches in Lahore was also considered, but that plan had to be abandoned due to Pakistan’s scheduled commitments after the conclusion of the PSL matches. Pakistan will leave for the UAE for a one-day international series against Australia on March 19, two days after the PSL final.

The PCB chief said it was disappointing that Lahore will be deprived of hosting PSL matches this year, but he said it was necessary for a big cause. He said the good news is that all the foreign players of the PSL franchises will feature in the Pakistan leg of the PSL-4.

The PCB will refund tickets for all Lahore matches and will encourage the spectators from all parts of the country to come to Karachi and watch the matches.

Sindh Chief Minister Syed Murad Ali Shah said while talking to media persons that it is huge responsibility to host eight matches of the PSL-4 in Karachi. “We are happy that we had demanded two matches and now we have got eight,” he said. The CM said he will require cooperation from all quarters to fulfil this responsibility in a befitting manner.