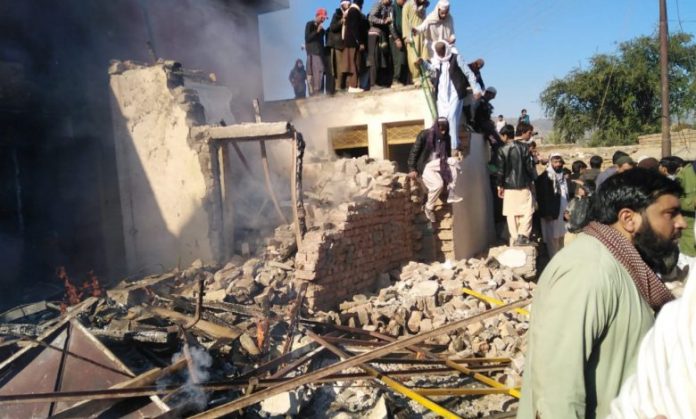 KARAK: Karak Police has arrested 25 accused nominated in the first information report (FIR) pertaining to razing and setting fire to a temple in the district by an angry mob.

Media reports said about 350 persons have been booked in the case.

The chief justice, while issuing the notice, also directed the chairman of the minority rights commission, inspector-general of police and chief secretary KP to submit a report on the incident by January 04.

During the meeting, Ramesh Kumar informed the CJP about the torching of the temple. He said he has full confidence in the judiciary for providing justice in the case.

A historic Hindu temple was razed and set ablaze in Teri area of Karak district in Khyber Pakhtunkhwa on Wednesday.

In 1919, Guru Shri Paramhans Dayal was laid to rest at the site and a temple was built there. Muslim residents of the area closed the temple after the Partition in 1947. In 2015, the Krishna Dwara temple was restored on the orders of the Supreme Court. The Hindus and the Muslims signed an agreement on December 22 agreeing that the renovation of the temple would not exceed the specified area.

Muslim residents of the area said the Hindu community was secretly expanding the temple building. They said the matter was reported to the police too, but no action was taken. They said they took the action after no cooperation from police.