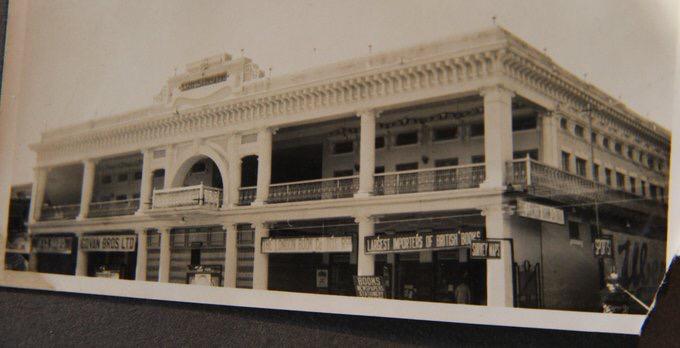 PESHAWAR: A century-old Kawatra building, commonly known as Capital Cinema building, is being demolished to make the way clear for the construction of another shopping plaza in Peshawar’ cantonment area.

After the issue was reported in the media, the Khyber Pakhtunkhwa (KP) directorate of archaeology and museums has taken notice and directed cantonment board for efforts to rescue the old structure under the Pakistan Antiquity Act 1975.

The directorate said that Kawatra building is a historic landmark of the city which was constructed during the British period. Later-on this building was declared as a protected structure under the Antiquity Act 1975 by the Federal Department of Archaeology, Government of Pakistan.

The department had issued directions that Kawatra building is the part of the country’s rich cultural heritage, therefore should not be damaged of demolished even by its owner. Moreover, after the 18th Constitutional Amendment, all the historical and cultural assets of the province were handed over to the Provincial Government and after 2011 the Directorate of Archaeology and Museums Government of Khyber Pakhtunkhwa is the custodian of all historical assets of the province.

Directorate of archaeology in its letter to the cantonment board said that it has come to the notice of the Directorate of Archaeology & Museums that the said building is under threats. Therefore, it is pertinent to mention here that demolition/destruction of this historic building is a clear violation of KP Antiquity Act 2016. In this connection, it is requested that the process of demolition to the building may kindly be stopped as per rules and regulations.

The building is situated on Arbab road, in Peshawar Sadder. Besides a decade old book shot, the building house Capital Cinema for a long time. However, last year, the cinema was shut down due to low business and not the fading cinema culture in the city.