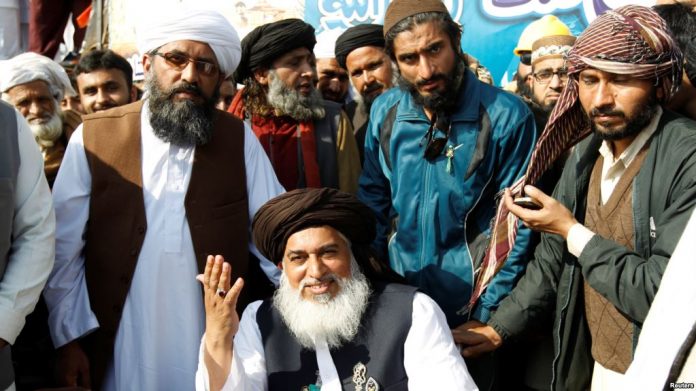 PESHAWAR: Federal Information Minister Fawad Chaudhry said on Saturday that the Tehreek-e-Labbaik Pakistan (TLP) chief Khadim Hussain Rizvi and some other leaders have been booked under treason and terrorism charges.

Fawad Chaudhry said while talking to media in Islamabad that other top leaders of the TLP including Afzal Qadri, Inayatul Haq Shah and Hafiz Farooqul Hassan have also been booked under similar charges.

The minister said the violent protests by the TLP supporters caused a loss of Rs50 million to people’s properties. He said the state will never tolerate violent protests and those trying to damage public properties will be dealt with sternly. However, he said those among the arrested activists who proved innocent during the investigations, will be set free.

The TLP leadership faces the charges of staging violent protests and using abusive language against the civil and military leadership and judiciary after the Supreme Court verdict in the Aasia Bibi case.