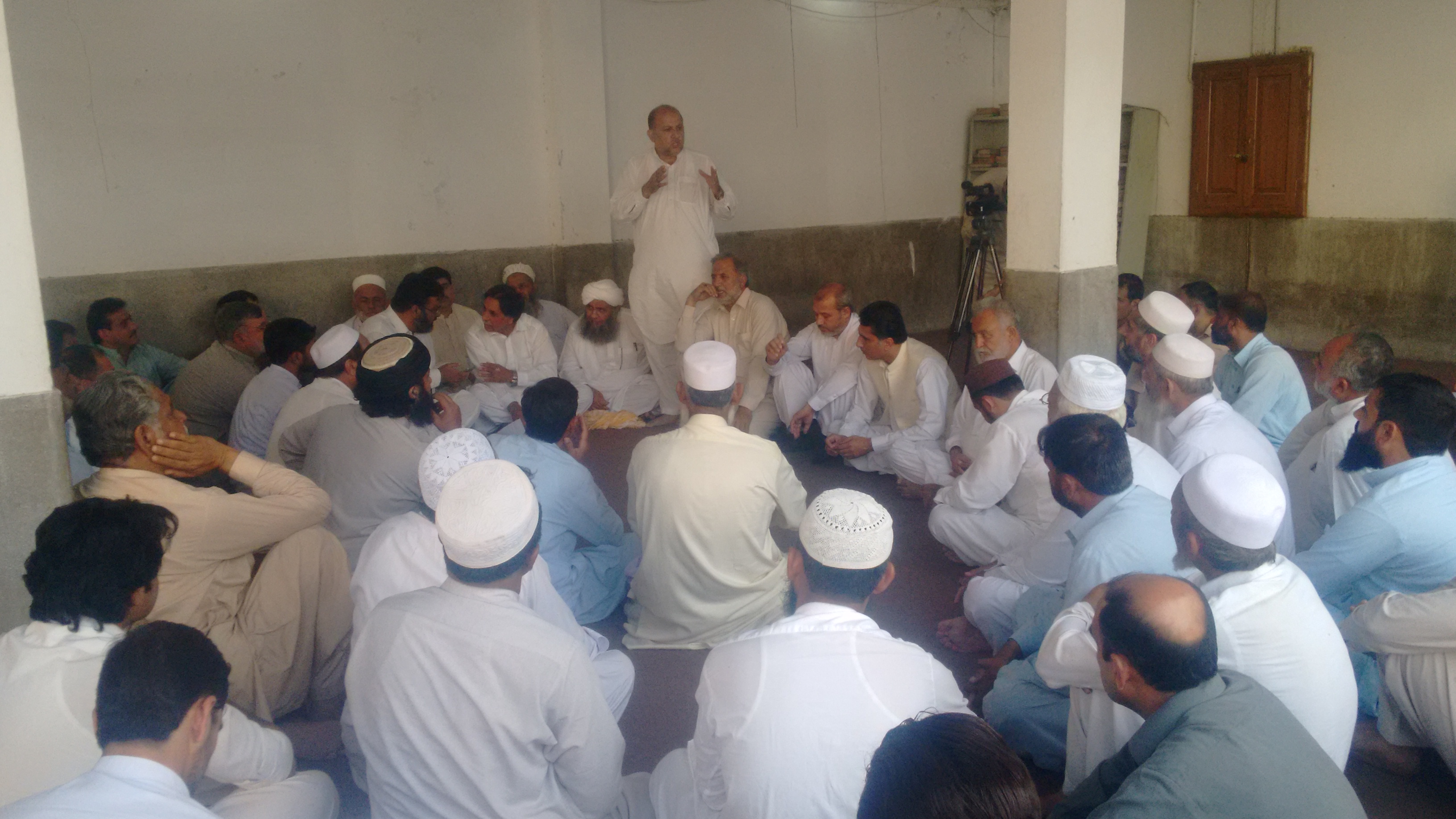 PESHAWAR, 16 September: The Khalil tribe of NA-2 Peshawar at a Grand Jirga at Speen Jumaat on Friday expressed grave concern over the prevailing situation of dengue fever and gave a deadline of one week to the Khyber Pakhtunkhwa government for taking remedial measures.

The Pakistan Tehreek-e-Insaf (PTI) Member National Assembly Hamidul Haq, leaders from different political parties and local government representatives attended the meeting. Hamidul Haq said the provincial government was taking steps for controlling dengue fever, but best facilities could not be provided to patients at the hospitals due to surfacing of hundreds of dengue cases on daily basis. He said his brother and other relatives have also been affected from dengue. He said he is ready to confront his own party’s government in KP over the issue.

Other leaders at the meeting said the KP government should get help from the Punjab government for controlling dengue. They demanded the government to increase the amount of compensation for dengue victims from Rs500,000 to Rs1 million and also give Rs50,000 each to dengue patients.

Twenty-six people have died of dengue fever in KP this year.