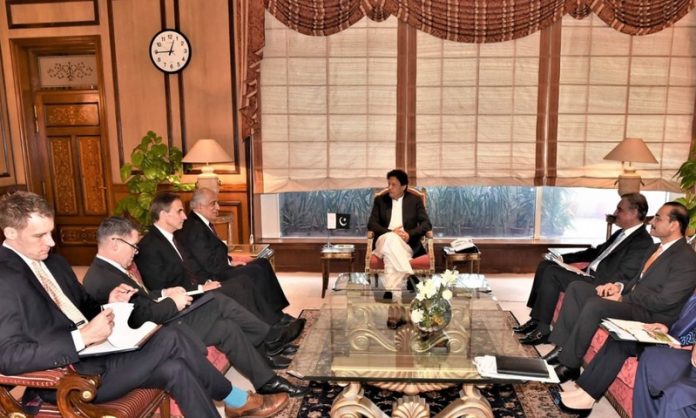 PESHAWAR: The United States Special Representative for Afghanistan Reconciliation, Ambassador Zalmay Khalilzad completed his visit to Pakistan on Wednesday to follow up on discussions held in October.

In his meetings, Ambassador Khalilzad stressed the United States’ commitment to facilitating a political settlement between the Afghan government and the Taliban that ensures Afghanistan never again serves as a platform for international terrorism and ends the 40-years-long war in the country, and he highlighted that all countries in the region will benefit from peace in Afghanistan.

Shah Mehmood Qureshi had also assured Khalilzad that Pakistan will cooperate for political settlement in Afghanistan.